How to Tell If Your Crush Is a Good Person 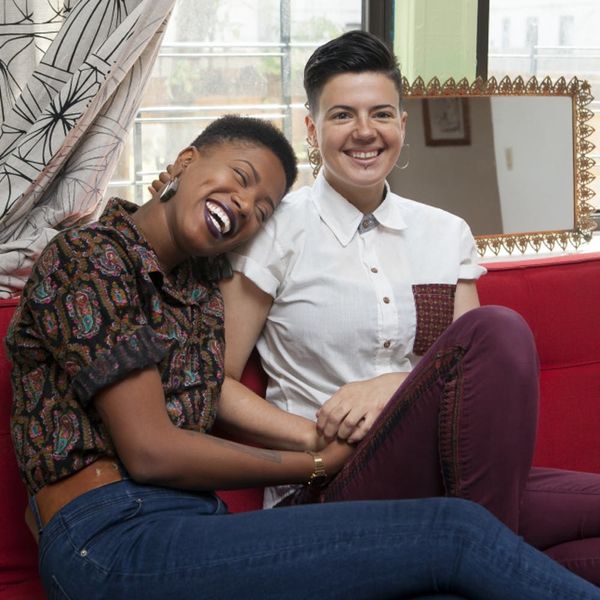 Imagine this: You’ve tried a new dating app or stepped outside of your social circle and met someone you’re attracted to IRL. Finally! Though having a new crush is ultra-exciting, the rush of feelings can make it tough to see through the love blinders to know if the person who’s captured your attention is truly worthy. Interestingly, new research suggests that science might be able to help you identify how good someone new in your life really is for you. C. Daryl Cameron, an assistant professor of psychology and a research associate at Pennsylvania State University, recently wrote an article about his research into moral sentiments, along with what his findings actually mean when it comes to evaluating someone.

Ever wonder why you can’t just straight up ask someone about how they feel and get a 100 percent accurate answer? Cameron says that while some people respond honestly, some self-edit because they want to give a good early impression. “If you want to know who is likely to feel your pain (and not make you feel pain), then relying on self-report may not always be enough.” Gut reactions, he says, are much more telling.

To get a sense of what gut reactions can reveal, Cameron and his team asked people to participate in an experiment in which two words flashed right after another. The words were actions that are usually thought to be “morally wrong” or “morally neutral,” and people had to judge whether the second words described actions that were morally wrong — all without being influenced by the first word. Cameron explains, “For example, in a particular trial, people might see ‘murder’ immediately followed by ‘baking.’” Their task is to judge whether ‘baking’ is wrong while ignoring any influence of ‘murder.’”

Fascinatingly, the research team discovered that people have predictable patterns when it comes to making mistakes. “When they see morally wrong actions such as ‘murder’ come first, they make mistaken moral judgments about the actions that come second. They’re more likely to mistakenly judge neutral actions such as ‘baking’ as morally wrong. The idea here is that people are having a gut moral reaction to the words that come first, which is shaping how they make moral judgments about the words that come second. This happens even when people are intending for it not to. So even if you’re trying to stop that first word from influencing you, it still does.” Whoa!

Amazingly, the same pattern of mistakes showed up in a second experiment designed to better understand empathy. In this test, Cameron’s team used images instead of words to show participants’ hands being brushed with either needles (painful) or Q-tips (not painful). Just like in the first study, people were asked to judge which experience was painful without being influenced by whichever image they saw first. Results showed that when people saw the needles (pain) first, they were more likely to judge the Q-tip image as painful too. To hammer it home, the team also found that participants who showed more empathy had also donated more of their own money to charities. Though Cameron admits there’s still plenty of research to do, his findings are a start when it comes to proving that certain people are simply more moral and empathetic than others are.

So what does this all mean when it comes to your crush? Cameron suggests looking for a person’s quick, gut-level reactions. “This may provide some indication of who shares your values and moral beliefs,” He says. The takeaway? Reactions, not words, are what you should pay super close attention to.

Do you believe your gut reactions can tell you a lot about a crush, new colleague, or friend? Share your opinions with us on Twitter @BritandCo!

(h/t The Conversation; photos via Getty)

Krista Gray
Krista Gray is a web producer and freelance writer who lives in San Francisco. When she's not working with clients through her company GoldSquare, she loves reading, traveling, and learning new things.
Dating
Relationships
Dating science study