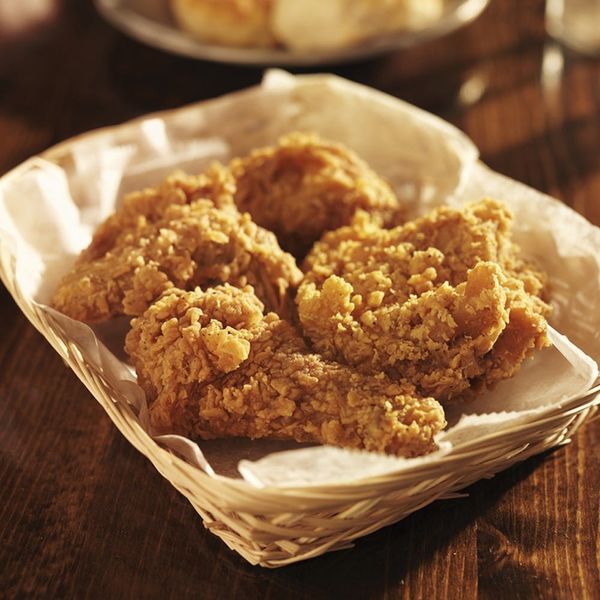 Ever since KFC first opened back in the ’30s, their tasty fried chicken recipe has been kept top secret. In fact, it’s such a mystery that the phrase, “a secret blend of 11 herbs and spices” has become synonymous with the fast food chain. But no secret can be hidden forever. And it looks like today might be that day for Colonel Sanders.

Reporter Jay Jones was recently doing research for a story on the Colonel for the Chicago Tribune and visited Sanders’ nephew Joe Ledington in New York. During the visit, he was shown a family scrapbook that had a recipe for an “11-spice mixture” scribbled on it. That recipe reads:

Initially, when shown the scribbled recipe by the Colonel’s nephew, he told Jones, “That is the original 11 herbs and spices that were supposed to be so secretive.” The willingness to show off such a vaulted secret is surprising, but the scrapbook had only recently came into his possession. So perhaps he was overly excited to show it off? When Jones called Ledington later to follow up, Ledington was slightly more hesitant about the authenticity of the recipe.

This time around he told Jones the handwriting doesn’t belong to his uncle, and when Jones asked once again if the note revealed the actual secret blend of herbs and spices Ledington replied, “It could be; I don’t know for sure.” Hmm. We’re thinking KFC’s corporate office may have gotten a hold of this guy before Jones followed up with him.

Is this recipe actually legit? Looks like we’ll just have to give it a try and see for ourselves.