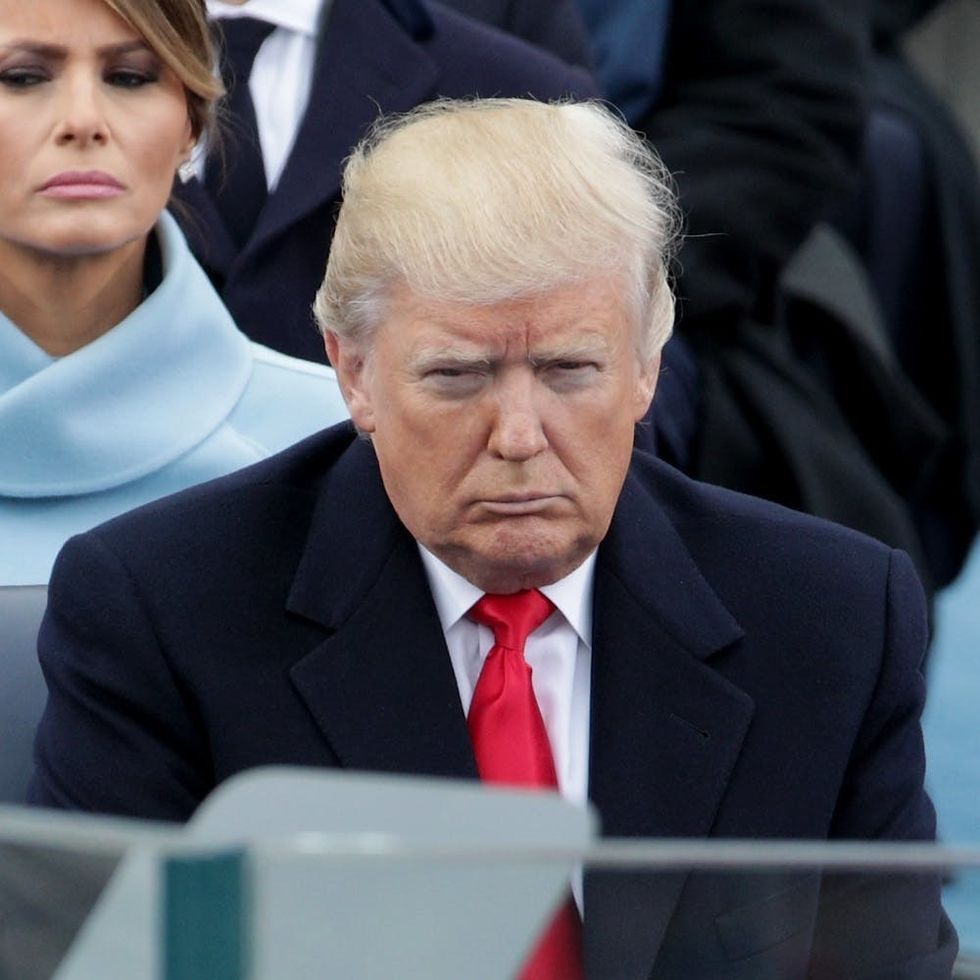 Whether you’re watching the inauguration from afar (here’s how you can stream it, BTW) or are making an appearance in person marching with countless other women from across the country, there are plenty of mixed feelings about the sitch. Here’s how celebs — other than those speaking at today’s women’s march — including Hillary Clinton and the Obamas are reacting to inauguration day.

Katy Perry got off to a slow start…

But was ready to get into the groove…

And she certainly wasn’t alone in voicing what she’s thinking and doing. For instance, Chrissy Teigen was feeling, um, something…

what a beautiful prayer. makes me wanna grab my puss

oh. it's offensive when I say it though. hm.

i was going to go to sundance to support john tomorrow but feeling compelled to support my fellow women. see you at the women's march, DC

The last 2 inaugurations were very crowded. This one is so… roomy

My president is black…feels good to say. Thank you for all you've done and all you represent.… https://t.co/aQZpZPrunL

Me trying to ignore the bs all day today…. pic.twitter.com/SUpivOIGli

I'm trying to be a respectful diligent American rt now but as I start to watch this inauguration- Regression is the word that comes to mind.

Ladies, remember to set your clocks back 100 yrs tonight. pic.twitter.com/QZmbhOjqjU

Stop telling me to "get over it". Get UNDER it. He works for US. The democratic process is constant. Stay informed, stay engaged, speak up.

obama. is. so. cool. plz. make. this. inauguration. stop.

I rebuke the Trump presidency. Y'all can have Mr Burns for a president if you want but I'm going to live in this photo forever. pic.twitter.com/WoGA26o27P

Trump’s inauguration will be protested in all 50 states and 32 countries, making this the highest attended 3 Door Down concert to date.

On the @lennyletter bus! A woman just asked if we were relatives. No, we are riot grrrls (both start with R, I get the confusion) pic.twitter.com/XnJbFse0qp

For the first time I will not be watching or listening to anything "inauguration."

I'm boycotting my TV not even watching for the inauguration for the 1st time in my life! https://t.co/pc64Tsb6lJ

I'm here today to honor our democracy & its enduring values. I will never stop believing in our country & its future. #Inauguration

Being your First Lady has been the honor of a lifetime. From the bottom of my heart, thank you. -mo pic.twitter.com/pahEydkZ5Z

It's been the honor of my life to serve you. You made me a better leader and a better man.

I won't stop; I'll be right there with you as a citizen, inspired by your voices of truth and justice, good humor, and love.

As we look forward, I want our first steps to reflect what matters most to you. Share your thoughts with me at https://t.co/fGUxlpLVue.

I'm still asking you to believe – not in my ability to bring about change, but in yours. I believe in change because I believe in you.

Desiree O
Desirée O is a ‘Professional Bohemian’ who loves anything and everything related to the arts, entertainment, and pop culture. She ADORES being a ‘Newsy’ for Brit + Co, covering all of the latest tidbits of awesomeness that you want to read about. When she’s not writing, she’s either making messy art, going on long adventurous walks with her camera, or poking around over at bohemianizm (http://www.bohemianizm.com/). You can find out about Desirée O and her work at http://DesireeO.com/ or follow her on Twitter @DesireeO.
Politics
Politics
Politicstwitter