So You Want to Participate in the Women’s March This Weekend? Here’s Everything You Need to Know 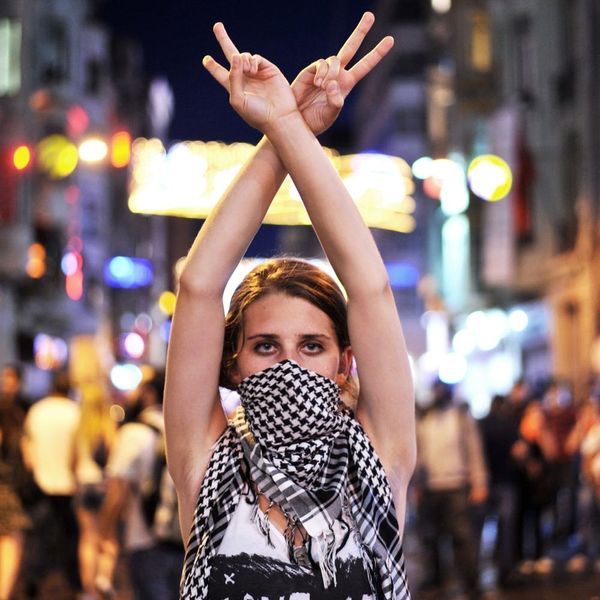 This Friday, Trump will officially become the president of the United States. The day after his inauguration ceremony (which will come complete with performances by 3 Doors Down and Toby Keith), an estimated 400,000 women are expected to march on Washington in the Women’s March to protest Trump’s agenda and stand up for women’s rights. It’s shaping up to be a massively historic day in both American and women’s history. Whether you’ll be in DC this weekend or not, here’s how you can be involved in the march from wherever you are.

WHO: After Trump’s win, Hawaii-based Teresa Shook created a Facebook event inviting her friends to head to Washington to march for women’s rights. The idea soon went viral, with multiple other events popping up. A few of the organizers have since joined forces to put together the national event it has now become. There are four co-chairwomen and some notable co-chairs, including feminist icons Gloria Steinem and Harry Belafonte.

Additionally, there are also more than 300 other groups who have joined as partners, some of which include the Muslim Women’s Alliance, the Trayvon Martin Foundation, Girls Who Code and Black Girls Rock.

WHERE: The main march is happening in DC. But if you can’t make it to the capital there are also 60+ regional marches happening simultaneously. There will even be a few marches held outside the US,in London, Sydney, Zurich, Mexico and Canada. To find your local chapter, head to the organization’s main Facebook page. Expand the “details” section and you’ll find links to all the Facebook pages with event details for your specific state or area.

WHEN: It’s all going down on January 21, one day AFTER Trump is sworn in as president. In DC, participants will convene at 10am at Independence Ave SW & 3rd St. There will be a rally until about 1:15pm and then the march will begin. The route has not yet been confirmed.

The marches happening outside of DC all appear to start around the same time, but double check your local chapter, because some sister marches do begin an hour earlier. All events are expected to last until about 5pm.

"For the rights of the LGBT+ community and to promote diversity in our country and internationally, and to protect queer and allied youth." -@barefoot_nomad, WMW teen outreach What do you march for? #IMarchFor #WhyIMarch #WomensMarch

WHY: The main mission of the march reads, “We stand together in solidarity with our partners and children for the protection of our rights, our safety, our health, and our families – recognizing that our vibrant and diverse communities are the strength of our country.”

The organizers recently published a list of unity principles that highlight where they stand on the big issues. They believe in equal pay and equal rights for immigrants, minorities, the LGBTQIA community and disabled people. It also takes a stance on female reproductive rights, stating, “We do not accept any federal, state or local rollbacks, cuts or restrictions on our ability to access quality reproductive healthcare services, birth control, HIV/AIDS care and prevention, or medically accurate sexuality education. This means open access to safe, legal, affordable abortion and birth control for all people, regardless of income, location or education.” You can read the full list of unity principles here.

FYI! The B+C team will be at the DC march this weekend! If you can’t attend IRL, be sure to check back on the site and our Facebook page for updates and on-the-ground videos from the historic event.

Cortney Clift
Cortney is the senior writer and special projects editor at Brit + Co. She typically covers topics related to women's issues, politics, and lifestyle. When she's not buried behind her computer you'll find her exploring New York City or planning her next big adventure.
womens march
Politics
womens march
More From Politics