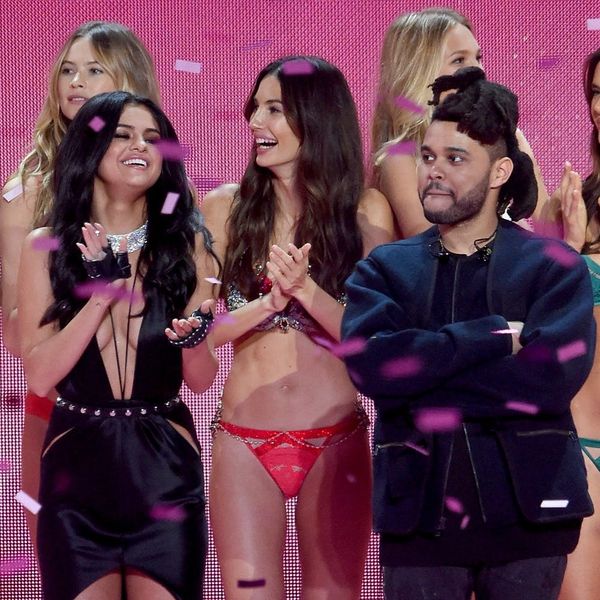 Selena Gomez and The Weeknd may be acting as if they’re keeping things relatively low-key with their highly visible new relationship, but as things apparently heat up between the two (with Selena even seemingly confirming her feelings for her new bae in a now-deleted Instagram post), buzz is starting that it’s all just for show.

While some folks are just not into the sitch at all — Selena’s concerned fans and The Weeknd’s ex, Bella Hadid, are two prime examples — others are just not buying the romance and find something a little (or a lot) suspicious about the pair’s PDA-filled trip to Italy. Are we perhaps looking at #HiddleSwift 2.0?

With the two performers’ actions fueling rumors that they will show up together at the upcoming Grammys, plenty of people are smelling a publicity stunt.

Taking a second from this country's f*ckery to wonder if Selena & The Weeknd hired the same photographer Hiddleswift did while in Italy. 🤔

All these new pics of Selena and The Weeknd remind me of…..Hiddleswift 😶😶😶

Is it just me or do Selena & The Weeknd give off #Hiddleswift vibes?! I'm not buying it. https://t.co/GvtzDxz1ZT

Selena and the weekend are hiddleswift 2.0

Isn't this the same public "Tour of Love" template that Hiddleswift went on? lolhttps://t.co/30ba1UF4Co

LOVE this from Annie in Wakefield: "If @SelenaGomez & @theweeknd did a name merge like Hiddleswift they could be #TheWeena…." 😂😆😂😆😂 pic.twitter.com/xWMIub5fjO

Taylor and Selena just keep throwing us theses curve balls! No offense, but Selena & Abel are 3X the plot twist Hiddleswift was. pic.twitter.com/c00FKiUGBg

Do you think Selena Gomez and The Weeknd are really into each other, or do you think it might all be for show? Tweet us @BritandCo!