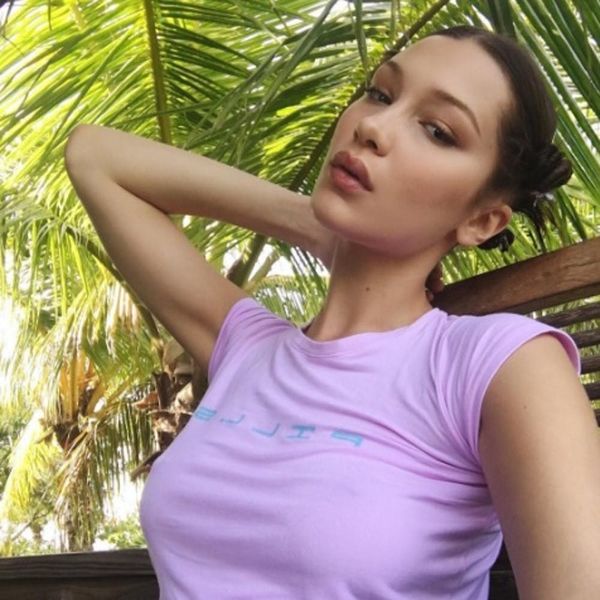 We couldn’t help but wonder what Bella Hadid thought about her ex, The Weeknd, being spotted during a PDA-filled date night with Selena Gomez (everyone on the internet seemed to have an opinion, from totally shipping it to hating the sitch hard). But now we have our answer. Though she’s off in The Bahamas for her first sun-filled gig of the year, the model must still be keeping up with the buzz, because she’s just unfollowed Selena, and we can only assume it’s due to the kissing drama.

Posted...🕊🌊First job of the year and feeling so lucky...Love & Light to all of you💙

According to Perez Hilton, Bella was following Selena Wednesday morning, but by late afternoon (after the pics of The Weeknd and Selena hit the internet), it was quickly noted that Bella had hit the unfollow button.

However, the younger Hadid sister is still following her ex and he’s still following in return. So despite apparently being cool with her ex, it seems like Bella’s feelings are clear, somewhere along the lines of: Just don’t wanna see you with a new lady.

Avoiding Selena on the internet might be best for Bella, TBH, as the “Same Old Love” singer is totally feeling the saucy vibe ATM, posing for a mostly nude pic taken and posted by fashion photographer Mert Alas. Yowza!

Does it bother you to see your ex with a new bae? Tweet us @BritandCo!