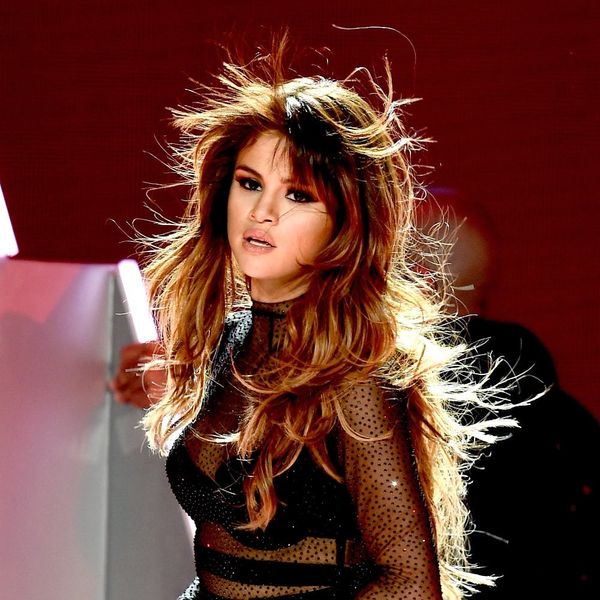 While we’re still trying to process the new potential relationship between Selena Gomez and The Weeknd, some folks are not into the sitch at all — i.e. Abel’s ex, Bella Hadid (drama!). But she’s not the only one. Fans of Selena’s are worried about the singer’s drinking and they’re blaming The Weeknd.

Fans will know well that back in August, Selena cancelled her Revival tour to deal with her depression and emotional issues, and by October she had checked into rehab. Revealing to her followers that she’s also struggled with alcohol, when she returned home, she reportedly attempted to remove negative influences from her life, with an insider telling Radar just last month, “Selena is sober now, and she is doing everything right. She is continuing to see a therapist and surround herself with positive influences.”

However, now that she’s been spotted with The Weeknd — someone who’s not shy about his drug use — there’s concern that he’s one of those negative influences. The “Starboy” singer has blatantly admitted that he’s experimented with various hard drugs like cocaine, MDMA and ecstasy and is unable to record an album while sober. Yowza.

Just this past weekend, apparently after her date night with The Weeknd, Selena posted a vid of herself and David Henrie chatting about what the characters from Wizards of Waverly Place would be up to nowadays (reunion perhaps?). But fans couldn’t help but notice the glass of wine in Selena’s hand. Uh oh.

Granted, she may have just been enjoying a few sips, but for someone who’s being careful around alcohol, even a sip can be one too many.

Let’s hope Selena is still seeking out those positive influences and taking care of herself.

Do you think The Weeknd is a bad influence on Selena? Tweet us @BritandCo!