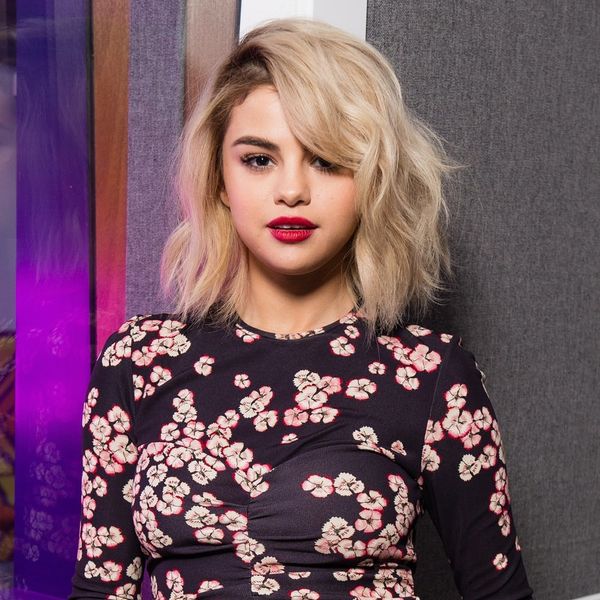 It was just last week that Selena Gomez accepted Billboard’s Woman of the Year award. However, it now looks like the singer may not be happy with the publication due to something they chose to include in their story about her.

On Tuesday, the “Bad Liar” performer reportedly took to her Instagram stories to share a screenshot of the first paragraph from her Billboard Woman of the Year interview. “There’s a five-foot teddy bear sprawled across the kitchen floor in Selena Gomez’s North Hollywood home,” the piece reads. “‘I know, I know,’ says Gomez, rolling her eyes, acknowledging that the stuffed animal doesn’t quite blend with the trio of armchairs nestled in the inviting, marble-accented nook. ‘It was a gift, and at first I thought, ‘This is so ridiculous, I can’t wait until I give it away to another person.’ But Gomez, 25, hasn’t let go of it — yet.”

According to reports and screenshots, Gomez added her own cryptic-yet-telling caption to the snippet, writing, “Never will I let another human guess my words ever again. Or invite them in my home. That is so hurtful. The most ‘ridiculous’ part of that is no one knowing my heart when I say things.”

Soon after, her account was set to private and the Insta story was deleted. Of course, that hasn’t stopped fans from speculating about what she meant by the post. Many believe that whoever gave Gomez the bear was hurt by the Billboard story, which prompted the “Bad Liar” performer to respond on Instagram.

The person that gifted her that teddy bear is really important to Selena & must have read the interview and got mad at Selena for treating it like something to get rid of. That’s the only explanation.

Other fans have taken the speculation a step further, guessing that the person who gave Gomez the bear was none other than Justin Bieber. (There’s no proof that this is true.)

Whoever is saying abel gave selena the teddy.. Delusional!! She would have taken a scisor and ripped it by now if it was him lmao. Jelena are moving in together and it was probably Justin who gave her the teddy bear 😍♥️

In any case, Gomez’s Instagram account is now set to private. Per the photo-sharing app’s recent data, though, she’s still the most-followed celeb on the platform.

“I think it’s funny because a lot of people know how self-deprecating I am in general,” she said in a KISS Breakfast interview shortly before she changed her privacy settings. “It’s not something I try to keep up. I think it’s amazing to stay connected with my fans and most of the time I probably say too much. But I don’t know. It’s fun, I love being able to connect with people. But whether I’m the number one most followed or the least followed, it’s for me.”

What do you think Selena Gomez’s post means? Let us know @BritandCo.