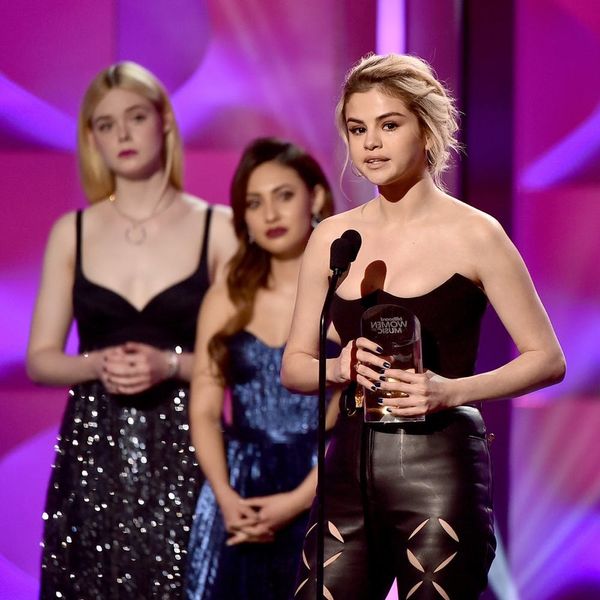 It’s been an emotional year for Selena Gomez. After revealing in September that she had received a life-saving kidney transplant, she only recently made her return to the stage in a heavy performance of her latest single, “Wolves,” at the AMAs. On Thursday, at the Billboard Women In Music Awards, the weight of it all was apparent when she broke down in tears while accepting her Woman of the Year honor.

“Thank you guys so much. To be honest, I think Francia should be getting this award,” Gomez said, breaking down. “She saved my life.”

Francia is Francia Raisa, Gomez’s friend and kidney donor. The “Bad Liar” singer’s kidney failure was a result of her ongoing battle with lupus, a chronic autoimmune disease that she was diagnosed with in 2013 and that has also contributed to the mental and physical exhaustion that put the young artist in rehab.

After taking a few moments to compose herself, the 25-year-old continued her speech, saying, “I feel incredibly lucky. Honestly, I couldn’t be more grateful for the position that I’ve been given in my career, from seven to 14 to now. I want people to know that I respect the platform that I have so deeply, because I knew that I wanted to be a part of something great, and I wanted people to feel great. Specifically this year.”

Thanking her team, family, and friends, Gomez admitted she had some hard times following her surgery, and marveled at all she managed to accomplish regardless. “I got to do a lot this year even though I had a couple of other things to do,” she said, chuckling through tears.

She concluded her moving speech with gratitude and reflection — and even a hint of more exciting work to come. “I’ve never felt this proud to be a woman in the industry as I am today,” she said. “I don’t how know to repay [this honor]. Maybe I’ll make an epic album next year for you guys and everyone else.”

What did you think of Selena’s speech? Let us know @BritandCo.