Serena Williams Gets Real About Raising a Strong Daughter 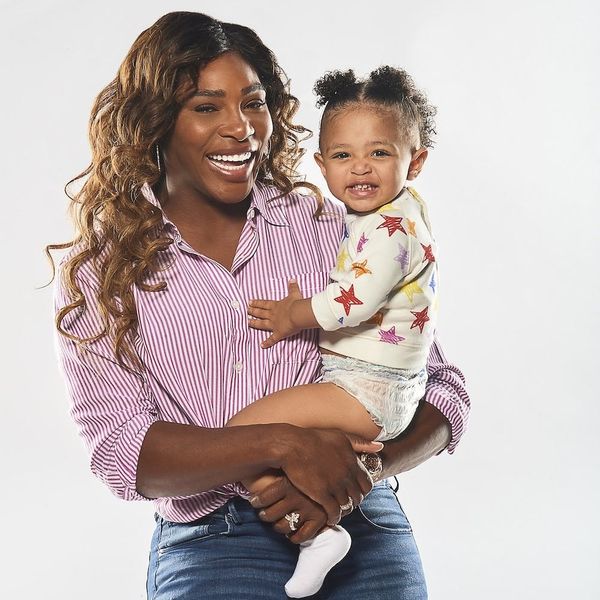 Serena Williams has a record 23 Grand Slam singles titles, four Olympic medals, her own fashion line, and a couple of books under her belt, but her Instagram bio reflects what’s really important to her: “I’m Olympia’s mom.”

Williams has been refreshingly honest about the complications she faced in giving birth as well as the post-partum depression she experienced. She has some advice for women who have also struggled, “Hang in there. What you’re feeling is normal, and allow yourself to feel that. For me, it’s really important to realize that it’s normal. Every emotion that you have, other people are going through, and have been through, and got through. You just basically have to hang it there. And it will pass — it just takes some time.” She admits the most challenging part of motherhood has been “getting over the highs and the lows, and just the lows in general,” but also the amount of love she feels is “more than I could have ever dreamt of.”

Since the birth of her daughter, life for Williams has gotten even busier, and she admits that having a full-time career while being a full-time mom is a lot of work. “It’s very hard,” she says. “I don’t know how I balance it; I’m still trying to balance it. I don’t think I’ve done a great job, but I think I’ve done a pretty decent job.” On and off the court, that just means adjusting to a new normal, finding time for family and tennis and her clothing line — often all at the same time. Olympia is there for photo shoots and pre-match hugs, and last year before a match, Williams did all her warm-ups and stretches with her daughter in her arms, because Olympia was “tired and sad and simply needed mama’s love.”

If you take a peek at Olympia’s Instagram account (yes, she has her own), you can see the tot is an active one, whether it’s rocking a matching pink poodle skirt with mom or going on adventures with her BFF/doll Qai Qai (who also has her own Instagram account). As a partner with Pampers on their new Cruisers 360 FIT diapers, Williams wants to embrace that side of her daughter. The campaign is focused on changing negative perceptions around having a “wild child”: To Williams, that “basically means that your child is outgoing, curious, wants to learn different things and try different things. I don’t want to discourage anybody from being who she is. Embrace that wild child, whether it’s in you or in your child.”

It’s also important to Williams to make sure she’s raising a strong woman who supports other women. Wiliams has been outspoken about the double standards that female athletes face, and her eponymous fashion line celebrates all types of women. “I always say when someone’s successful, it should be our inspiration to do more and to do better. We should be proud of each other, support each other, and be inspired by each other, and that’s what I like teach to Olympia as well.”