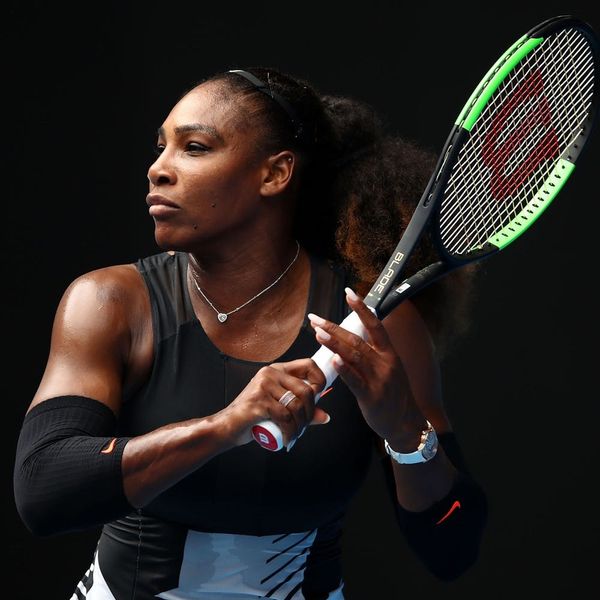 Tennis fans the world over were thrilled when tennis superstar Serena Williams gave birth to her first baby, Alexis Olympia, in September of last year. But according to an interview with Vogue, Williams experienced terrifying and life-threatening complications after Olympia (as she’s called by her family) was born. Had she not ardently spoken up about her symptoms, Williams may have lost her life.

The interview, published on Wednesday, reveals that Williams gave birth via an emergency c-section. Vogue reports that Olympia’s heart rate dropped dangerously low, prompting the c-section. Williams takes an anticoagulant medication to treat blood clots, and had to stop the medication to have the c-section; a change that quickly became very important.

The surgery went smoothly and the baby was healthy. But the day after the surgery, Vogue reports that Williams felt short of breath. She quickly worried that she was getting blood clots in her lungs, and told the medical staff about her symptoms and concerns. At first, a nurse who was treating Williams suggested that the pain medications she was taking might have been confusing her, but Williams insisted.

Williams told Vogue that she instructed doctors to give her a CT scan and a heparin (an anticoagulant medication) drip. When doctors finally gave her a CT scan, it revealed that she did indeed have blood clots in her lungs, causing the shortness of breath. Thankfully, Williams was aware of her condition and the changes in her body after ceasing her anticoagulant, but her doctors and nurses should have put this together on their own. Had Williams not persisted, there’s a chance she may not have survived the blood clots.

Williams’ scary experience speaks to a broader pattern of poor maternal care in the United States. According to ProPublica, between 700 and 900 women die in the US each year from complications related to pregnancy and childbirth. This is especially a problem in the care and treatment of Black moms.

In December, ProPublica published an article detailing the ways that hospitals that primarily serve Black communities are failing mothers to a deadly extent. ProPublica notes that various studies have long demonstrated that hospitals fail Black mothers at higher rates than their white counterparts. In fact, Black women die in labor at more than three times the rate of white mothers nationwide. Further, women who give birth in hospitals that primarily serve Black communities are more likely to have serious complications during birth, such as hemorrhaging.

Monifa Bandele, vice president and chief partnership and equity officer at MomsRising, a political organization that works to end discrimination against mothers and women, says said that she appreciates Serena Williams for opening up about her experience, which has drawn more attention to this issue. But, she tells Brit+Co, “Imagine if you are not Serena Williams…”

Bandele tells us that MomsRising has been organizing around the high morbidity rate among Black moms for a year. MomsRising has been collecting stories from moms about their childbirth experience, with the goal of amplifying the voices of moms, while also demonstrating the need for more and better data about deaths of Black mothers during and soon after childbirth. The group has also been raising awareness and educating the general public about this issue by hosting screenings of the documentary Death By Delivery, where doctors speak to audiences about high childbirth mortality rates among Black women.

While data shows that childbirth mortality rates have improved for white mothers, Black moms are still suffering and dying at much higher rates. Serena Williams is just one of many Black moms who experience serious complications during or after childbirth, and is more clear evidence that not enough is being done to make sure Glack moms get the treatment they deserve.

Elizabeth King
Elizabeth King is a politics, history, and culture writer based in the Twin Cities. She is generally pretty cranky but still enjoys traveling, music from the early 2000's, and plotting the resistance. Feel free to say hi on Twitter at @ekingc or check out some of her work at www.elizabethcking.com.
New Moms
Womens Health
New Moms Pregnancy Womens Health
More From Womens Health