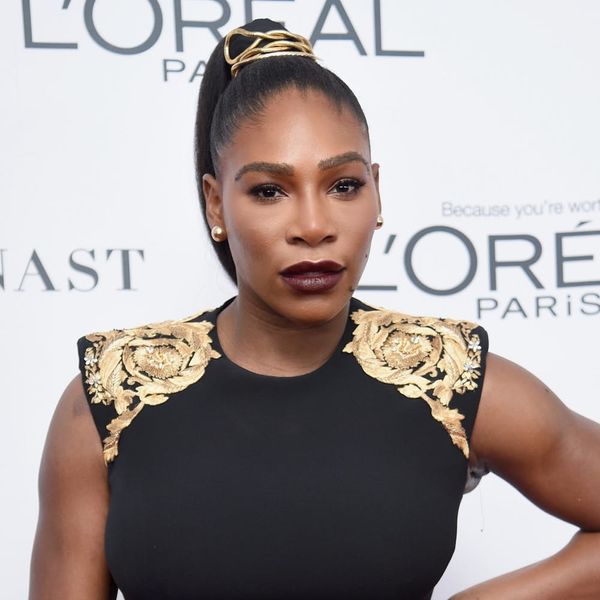 Serena Williams proved she was superhuman when she won the 2017 Australian while pregnant with daughter Alexis Olympia Ohanian. But even so, giving birth was anything but easy for the elite athlete, and in a new interview, Williams has revealed some of the super scary complications she faced — which she handled like a boss, naturally.

@serenawilliams and her daughter, @olympiaohanian, star on the cover of our February issue! Tap the link in our bio for the full story, and reserve your copy on @Amazon at vogue.com/februaryissue2018. Photographed by @mariotestino, styled by @tonnegood, Vogue, February 2018.

In her February 2018 Vogue cover story, Williams said that her heart rate plummeted to dangerously low levels during contractions, requiring her to undergo an emergency C-section. And things spiraled after she gave birth.

“That was an amazing feeling,” Williams recalled of her new daughter being placed on her chest immediately after the successful cesarean. “And then everything went bad.”

The day after little Alexis was born, Williams started experiencing sudden shortness of breath while recovering in the hospital. The tennis player had suffered from blood clots in her lungs in the past and, being off her blood-thinning medication due to the C-section, realized what was causing the symptoms.

Williams didn’t waste any time, telling the nearest nurse she needed a “CT scan and a heparin [blood thinning medication] drip” immediately. Though the health care practitioners were skeptical, Williams’ self-diagnosis was correct. “Listen to Dr. Williams!” she jokingly scolded them.

But the complications didn’t stop there: Williams’ C-section incisions popped open from the coughing caused by the pulmonary embolism. During surgery for that, doctors also found that her C-section had caused hemorrhaging in her abdomen. Williams returned to surgery for a third time, and finally returned home a week later.

It took six weeks before the celebrated athlete could get out of bed, though, during which time her husband, Alexis Ohanian, lent an extra helping hand.

Williams returned to the court in December — a mere three months after her procedures — but recently withdrew from the Australian Open for not being where she wants to be, training wise. Despite handling her post-birth complications tidily, Williams admitted that it hasn’t all been easy.

“No one talks about the low moments — the pressure you feel, the incredible letdown every time you hear the baby cry,” she told Vogue.

She and Ohanian are trying to enjoy their time with their newborn and will likely have more children, but Williams said they’re in “no rush.”

Have you or do you know anyone who had birthing complications? Let us know @BritandCo.