The Real Meaning Behind My Unique Baby Name: Why I Named My Daughter Shifra 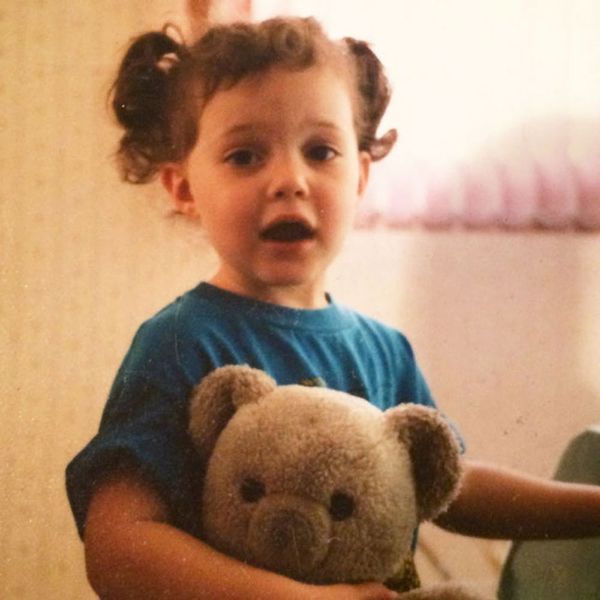 Today we’re exploring what exactly makes a baby name “creative.” After all, one person’s unique baby name might be just as common as “John” or “Mary” to someone else. And when you throw in different languages, geographic locations, cultural customs and religions, identifying “unusual” baby names becomes A LOT more challenging. Scroll on to learn about a baby name that is both ordinary and unique, depending on your Biblical history skills.

THE STORY (AND REAL MEANING!) BEHIND THE BABY NAME

Like many parents who choose unique baby names, Nina Goldenberg says that “Shifra” isn’t a creative name — in fact, it’s not even rare. She’s right, of course — Shifra, which means beautiful, is a common name in the Orthodox Jewish world, as the name belongs to a Jewish hero. For those of us who aren’t Biblical buffs, in the Book of Exodus, Shifra was one of the midwives who rescued Moses from Pharaoh’s decree that all Jewish baby boys should be killed.

Nina says that when it came to picking names, both she and her husband wanted their children to have a link to the Jewish people. She says, “We weren’t going to choose a name just because we liked the sound. It was a culturally determined decision that we were conscious of making.” Their natural tendency was to choose a Jewish or Hebrew name, something out of the Bible.

But just as important as choosing a Jewish name was finding a name that honored a family member. For Nina, “There is an urge, that if you can pick up someone’s name, you are continuing a chain, continuing a memory.” As Ashkenazi Jews, Nina and her husband also wanted to avoid naming their daughter after a family member who was still living. It just so happened that before Shifra was born, Nina’s father recorded his experience surviving the Holocaust for the Stephen Spielberg Film and Video Archive for the US Holocaust Memorial Museum. From his retelling emerged the brave story of his younger sister, Shifra.

During the German occupation of their town, Nina’s father knew he needed false papers to escape, but the family was too poor to obtain them. During a visit to the tailor’s daughter, eight-year-old Shifra and her friend decided to play hide and seek. From her hiding spot, she noticed a pocket full of money, and thinking quickly, she grabbed a handful and took it to her brother. Though her brother was horrified at her theft, he was desperate. He used the stolen money to purchase false papers. On the eve of the evacuation of all the Jews from his hometown, Nina’s father left with his false papers in tow. When he returned home a few days later, the town was empty and his family was gone. He would never see them again.

Nina’s father was able to live under those false papers until the war ended, all thanks to Shifra. It’s a powerful story, and one that moved Nina. Nina says she did consider superstition — would it be bad luck to name her daughter after someone who had lived such a short life? — but she and her husband decided they weren’t going to pay attention to this. Though the name may sound “old fashioned,” Nina loves that it’s also just a beautiful name. Nina and her husband chose the middle name “Margalit,” which means pearl, for the same reason that they chose Shifra: In Nina’s father’s family, there are a lot of people who are named Pearl. In fact, Nina’s full name, “Penina,” means pearl in Hebrew. Together, “Shifra Margalit” pays tribute to a great family legacy.

Shifra says, “I was shy when I was younger, so I used to be embarrassed when my name brought me extra attention. And my brothers have such standard names (Jacob and Alex), so I thought that was unfair. But now I love it. It’s a great icebreaker — I always have something to talk about with strangers. And people compliment my name all the time — which is silly because it’s not like I picked my own name — but I’ll take it.” When it comes to giving a child a unique name, Shifra added, “I think the most important thing is for a name to have some meaning. So if I had a child, I wouldn’t just make up a unique name to be different. But if I could give them a name like mine, that’s beautiful but also meaningful in multiple ways, I definitely would.”

Would you choose a creative baby name for your child? Let us know what you think in the comments!

Do you have a creative baby name? Email hello@brit.co for a chance to be featured!