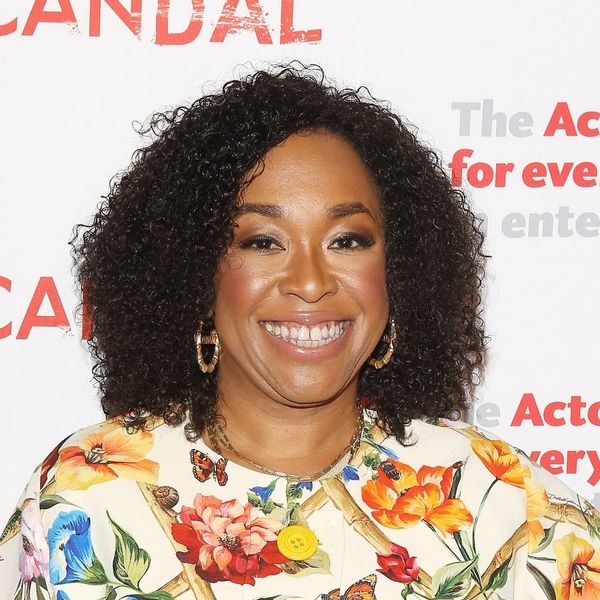 Scandal may be over, but worry not because its brilliant creator, Shonda Rhimes, has just revealed that she’s working on eight (yes, eight!) new series for Netflix, the first in her multi-year, nine-figure development deal with the streaming giant.

The shows, which will be produced by Rhimes’ company, Shondaland, will include a period drama, a dark comedy, and a documentary, and, as she told the New York Times, they’ll definitely surprise fans. “Everybody thinks that there’s a ‘Shondaland show,'” she teased. “No. There’s a Shondaland show that we made for ABC. Now I can’t wait to show everybody what a Shondaland show is that we make for the world.”

Revealing what she currently has in the pipeline, the powerhouse producer admitted that, at first, she was seriously stressed out by brainstorming. “It wasn’t like I had a treasure trove of ideas in the back of my head that I’d been hiding and saving, so the panic overtook me for a while,” she confessed to the NYT. Then she read a magazine article about a female con artist, and everything clicked. She snapped up the rights to the story from the journalist who wrote it and was so inspired, she dreamt up seven more shows. Wowza.

In addition to the still untitled project above, Rhimes will roll out four shows based on books, including The Residence (a nonfiction account of the lives of White House service staff), The Warmth of Other Suns (a historical look at the migration of African-Americans fleeing the South for the North and West), an untitled project based on Julia Quinn’s historical Bridgerton romance series, and Reset: My Fight for Inclusion and Lasting Change (based on Ellen Pao’s memoir recounting discrimination and sexism in Silicon Valley and her groundbreaking lawsuit against her former employer).

Rounding out the collection will be Pico & Sepulveda (set in 1840s California when the state belonged to Mexico), Sunshine Scouts (a half-hour dark comedy series about a group of teenage girls who survive an apocalypse), and Hot Chocolate Nutcracker (a documentary about the Debbie Allen Dance Academy’s retelling of The Nutcracker). We are so ready.

Are you excited for Shonda Rhimes’ new projects? Tweet us @BritandCo.

Barbara Pavone
Barbara Pavone is a pop culture-obsessed writer based in beautiful (but ridiculously cold) Montreal, Canada. When she's not working, she's sipping on a Pimm's Cup and daydreaming about her celebrity hero, Saint West.
Netflix
TV
Netflix TV