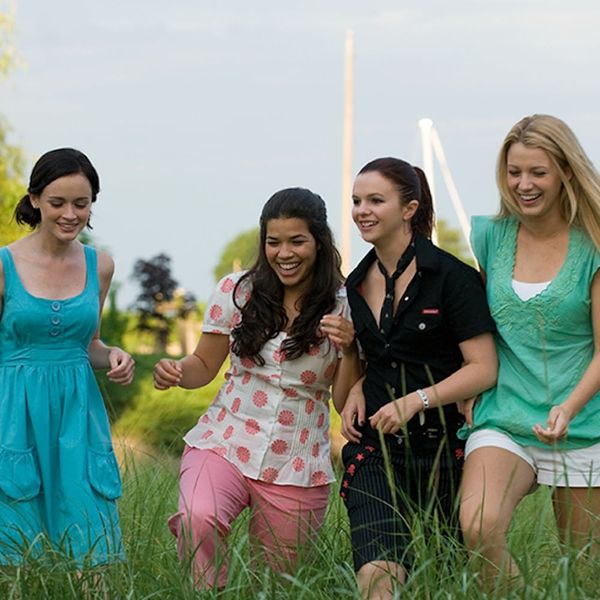 After much speculation from fans (and America Ferrera!) about whether or not The Sisterhood of the Traveling Pants 3 would ever become a reality, we received confirmation last year that the project would officially be a go. Now, star Amber Tamblyn has some exciting news about the film that’s sure to make you jump for joy.

Speaking with EW, the 34-year-old revealed that a story line, which will revisit her character, Tibby, as well as Lena (Alexis Bledel), Carmen (America Ferrera), and Bridget (Blake Lively) in their grown-up years, has been “in development for a while” and will probably be coming a lot sooner than you think. “I have very high hopes for it happening sooner rather than later,” she teased. EEE!

Divine Secrets of the Ya Ya AF @americaferrera while professionally editing you into this photo, I realized you have the coolest and most appropriate initials EVER! #BadassAF #SistersForever #tbt

The BFFs have remained tight-knit since first meeting in 2005 (because, science), hosting plenty of adorable reunions and finding a way to stay united, even when not all four girls can make it.

They also support one another, as was evident of their approval of a now-viral tweet 33-year-old Ferrara showed Tamblyn which encouraged the girls to send the pants to their beloved Gossip Girl alum after the other three had recent moments in the sun.

In the past week, Alexis Bledel won an Emmy and Amber Tamblyn & America Ferrera wrote pieces for The NY Times. SEND THE PANTS TO BLAKE NOW!!

“We love it!” the RL Tibby told the outlet. “Any time people are excited about us taking pictures of our fingers up each other’s noses, we’re like, ‘Okay, sure.’ We kinda fancy ourselves just like any girl group.”

We, for one, can’t wait to see this girl group on the big screen once more!

Are you excited about a third Sisterhood of the Traveling Pants? Tweet us @BritandCo.

(Photos via Sisterhood of the Traveling Pants/Warner Bros. Pictures)