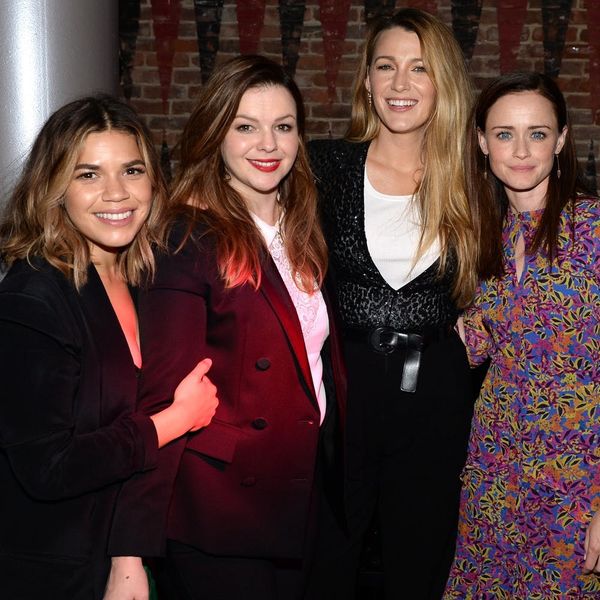 The Sisterhood of the TravelingPants stars have maintained a goals-worthy friendship in the 13 years since first starring in the classic coming-of-age film, and it sounds like they’re also ensuring that their kids carry on the connection.

“It’s a very special bond that we have,” Amber Tamblyn recently told Us Weekly. “We’re very proud to be friends and if we could do movies together for the rest of our lives, I think we would.”

Tamblyn, who costarred in the franchise with America Ferrera, Blake Lively, and Alexis Bledel, said the girls make sure to schedule group playdates for their children when their schedules allow, and when the distance keeps them apart, they keep in touch via a group text thread.

The mini-Sisterhood play group is soon to expand too, as Ferrera announced on New Year’s Eve that she’s expecting her first child with husband Ryan Piers Williams. (She hasn’t revealed whether she’s having a girl or a boy.) Tamblyn and husband David Cross share a one-year-old daughter, Marlow; Blake Lively and husband Ryan Reynolds share two daughters, Ines and James; and Alexis Bledel and husband Vincent Kartheiser quietly welcomed a son in the fall of 2015 — news that Bledel’s Gilmore Girls costar Scott Patterson accidentally revealed in an interview when he said she was a “proud new mother.”

Rumors of a third Sisterhood movie have been swirling for years, and as recently as September 2017, Tamblyn said she had high hopes for it “happening sooner rather than later.” In the meantime, though, the actress seems intent on keeping the group’s on-screen tradition alive, starting with her own daughter.

“I actually did buy my daughter her first pair of jeggings,” she told Us Weekly. “She’s only one but I did think about that. The pants are happening all over again, another generation.”

Are you still holding out for a Sisterhood of the Traveling Pants part 3? Let us know @BritandCo!