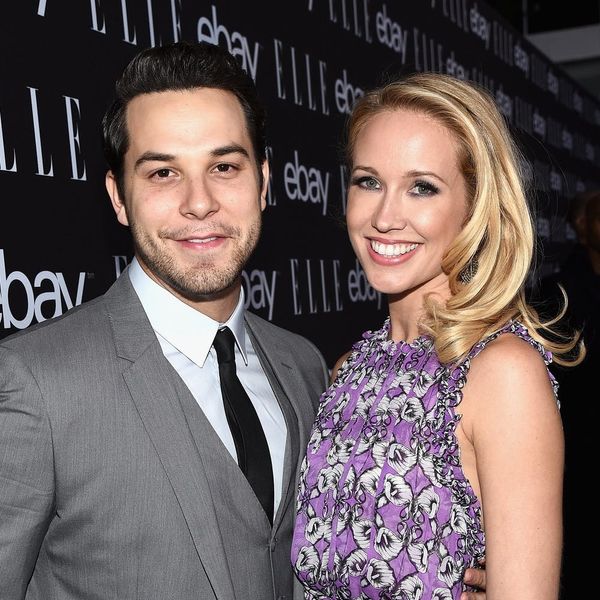 It wasn’t long ago that the world collectively drooled over Pitch Perfect star Anna Camp’s beauty of an engagement ring (never mind their adorable relationship) from her costar Skylar Astin, and now just two weeks later, Skylar revealed that his fiancée has also given him an engagement ring! That’s right, this adorable pair breaking conventions and Skylar himself seems stoked to be sporting a band. In fact, he makes a pretty good point about why this was the right decision for him.

“It always felt odd to me that men didn’t get engagement rings,” the actor wrote in the caption. “Thankfully, my fiancée thought so too.” It looks like Skylar is sporting a silver-toned braided metal ring, which is as chic as mangagement rings go. He’s not the first male celeb to buck tradition: if you recall, Johnny Depp sported then-fiancée Amber Heard’s first engagement ring on his ring finger after the band turned out to be too big for her.

In case you need a refresher of what his fiancée Anna’s rock looks like, here’s another peek at the peach diamond ring. Anna herself is “still on cloud nine,” according to Instagram; she shared another pic of the sparkler just a couple of weeks ago. Can’t blame her.

Do you think more men should wear engagement rings? Let us know on Twitter at @BritandCo!