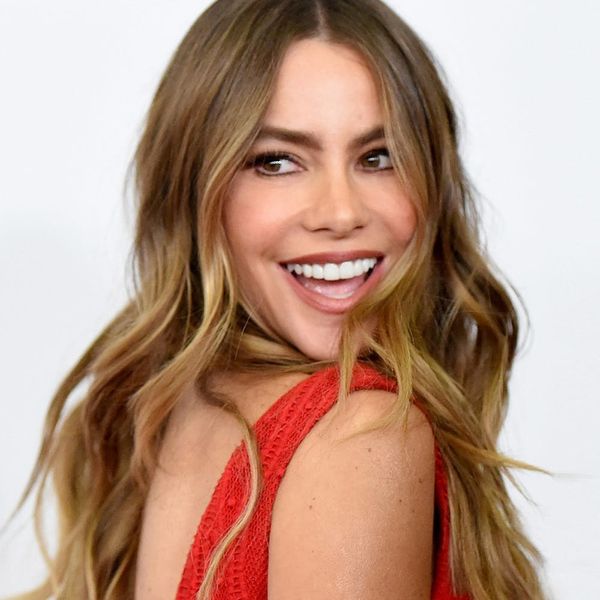 It always warms our hearts when we hear of ways women are lifting up other women. Sofía Vergara has a launched a new company whose goal is to help #girlbosses on their path to success, and she’s doing it with… underwear.

The idea behind the Modern Family actress’s new intimates line, EBY (for Empowered By You), is “to reposition underwear as a tool for women’s empowerment rather than one of seduction.” It’s one of those ideas that shouldn’t be groundbreaking, and yet it is.

EBY’s underwear will launch September 25 as a subscription service, with customers receiving shipments monthly, every other month, or quarterly. Styles will include bikinis, g-strings, thongs, cheekies, and boyshorts, and since it’s, in Vergara’s words, “for all women,” sizes range from XS to 4X.

But the best part is 10 percent of all sales go to the Seven Bar Foundation, which will use that money to microfinance small loans for women’s businesses across the globe. According to EBY, “Loan sizes range from $80 in India for a fish-stand to $2,600 in the US for an Etsy start-up. Once a woman is able to grow her business, those funds are then passed along to another woman to start her own business.”

Vergara credits her desire to help fempreneurs in need as the driving force for her business. “I have had the luxury of being able to grow my ideas into successful business ventures over the past 10 years,” the actress said in a statement. “I want to be able to pass that on to other women in need. I want to be able to provide women with the tools to start their own business as an exit out of poverty. EBY does that with its microfinancing model. There’s nothing sexier than being your own boss.” Hear, hear!

You can sign up to get notified when subscriptions launch here.

What do you think of Sofía Vergara’s latest business venture? Tell us @BritandCo!

Shea Lignitz
Shea can be found in the nearest bookstore or brewery, exploring the great outdoors, or blasting Led Zeppelin. She grew up in the cold and rain of Northern California's redwoods but is currently wandering around Texas.
Entrepreneur
Style News
Entrepreneur Girlboss
More From Style News