Sophia Bush Pens a Powerful Note to Critics: ‘I Will Always Tell the Truth’ 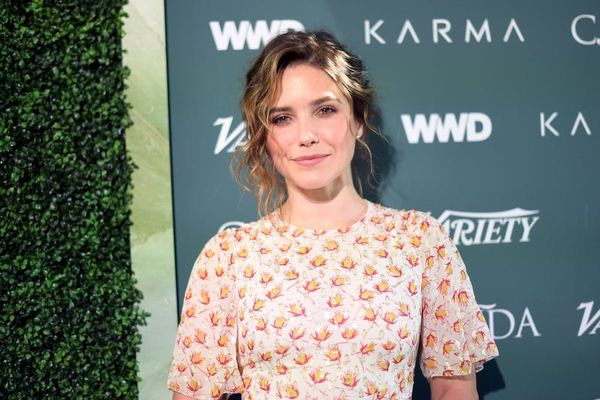 Last week, Sophia Bush opened up about the conditions that caused her to leave her starring role on Chicago P.D. in 2017. Now she’s speaking up again, this time against critics questioning the timing of her revelations.

“I will always tell, and have always told, the truth. Even when my voice shakes,” she wrote on Instagram on December 14. “You asking ‘why now’ simply reveals to me that you haven’t been paying attention. ‘Journalists’ who distort the words of women to produce clickbait, who minimize their story by segmenting it and reducing it? Do better.”

In an appearance on Dax Shepard’s Armchair Expert podcast, Bush revealed that her body was “falling apart, because [she] was really, really unhappy” on the set of the NBC drama. She further described the experience as “a consistent onslaught barrage of abusive behavior,” and described an incident in which an alleged assault occurred in “a room full of people,” about which nothing was done. She had also previously revealed in an interview that the show was a “miserable” experience.

“If you have chosen not to listen to the frank, clear conversations I’ve had on the topic over the last year, that’s on you,” she wrote on Instagram, adding screenshots of the several social media posts she has made on the topic. “Your lack of attention — to me and to ALL of the women who tell their stories into the void — doesn’t mean that we haven’t been screaming all along.”

The screenshots Bush featured with her message included several tweets and Instagram posts from the past two years or so. “I have been trying to write my #WhyIDidntReport for a while now,” one from September 2018 read. “And I still can’t. For me, an added layer of paralyzing pain comes from having reported and from the unbearable retaliation that followed. From the flippant ‘Well thank God he didn’t try to rape you!’ response from the first person I told I’d been assaulted. To the fearful silence of every witness, who broke my heart by staying quiet and who my heart breaks for because I know the fear they felt was paralyzing too. And from the fact that I still don’t sleep well. The fact that I struggle to be touched by strangers.”

Bush concluded her note on Friday with a final message to her critics. “The grace with which I’ve chosen to handle this, the deep learning I’ve done in the wake of my experience (shout out to the magnificent folks at @onsiteworkshops) that I take as sacred, and a responsibility to offer other women? Do not forget that my ‘titanium spine,’ as my sister @hilarieburton calls it, was forged in fire,” she wrote. “I am not a woman that you will ever reduce. Not one iota. None of us are. #DoYouGetItNow #MeToo #BurnItDown #TimesUp”

What did you think of Sophia Bush’s response? Let us know @BritandCo.