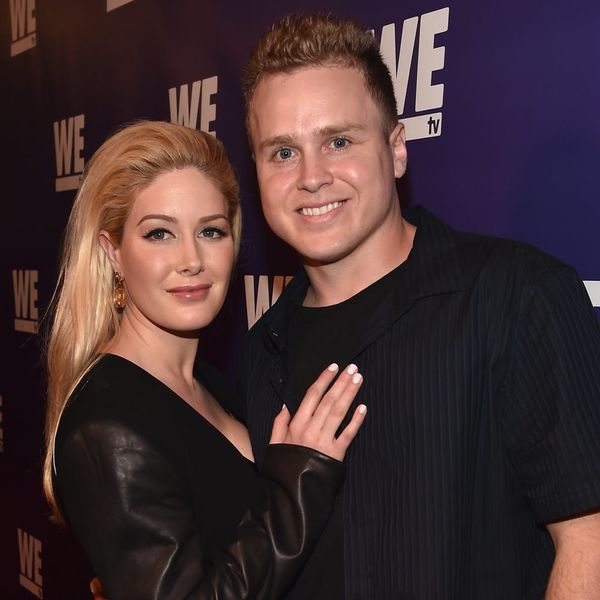 When Heidi Montag gave birth to her first child with Spencer Pratt at the beginning of the month, we couldn’t wait to see the first pic of little Gunner Stone and hear all about his exciting arrival into the world. We anticipated a quirky story or two about the experience, but we didn’t expect one of them to revolve around the fact that Pratt’s immediate reaction to finding out his wife was in labor was not to rush her to the hospital, but to make sure his beloved hummingbirds were fed.

“There was no way our baby was going to come home to a starving hummingbird sanctuary,” Pratt explained in the new issue of Us Weekly, where he and Montag also debuted the first photos of their baby boy. “I was like, ‘This is an emergency!'”

The former MTV star’s fondness for his fast-flying friends is well documented on Instagram, but even Montag thought this was a bit much. She admitted to Us Weekly, “It was getting ridiculous. I was like, ‘Honey, we have to go!'”

When it came to delivering the little one, the 31-year-old new mom says, “It was probably the best possible labor.” However, it was also a somewhat unusual experience. Montag said that she didn’t want to have an epidural, so instead, “Spencer had Crystalarium bring $27,000 worth of crystals in there. So literally as my contractions are going, he’s running in, putting these huge crystals all over. It was mayhem!”

In the end, the couple became a trio as little Gunner Stone made his grand entrance. “Gunner first saw his beautiful mother and then looked to his left and saw the most beautiful crystals,” Pratt told Us Weekly. “I was like, ‘Worth it for the magic!'”

Not everything about the experience was so magical, though. “I will be honest, once [Montag] started moaning loudly, I was like, ‘This is way gnarlier than anything I am mentally prepared for.’ Thankfully, Heidi’s makeup artist and now one of Gunner’s godmothers stepped in for the first couple hours.”

Montag said that her husband stepped up when it came time to get things moving for real. “He was like an Olympic coach telling me, ‘You’ve been praying for Gunner all your life. Here he comes. Push him out!'” she recalled. “He was the champion I needed. Even my doctor said afterward, ‘We couldn’t have done it without Spencer.'”

Once Gunner was placed in his mother’s arms for the first time, Montag was in pure awe. “I thought, ‘This was the little angel I had been carrying around for nine months!’ It was surreal.”

It sounds like the entire experience was pretty surreal. And we would never expect (or want!) anything less from this camera-ready family.

Did you have any unusual experiences while you were in labor? Let us know @BritandCo!