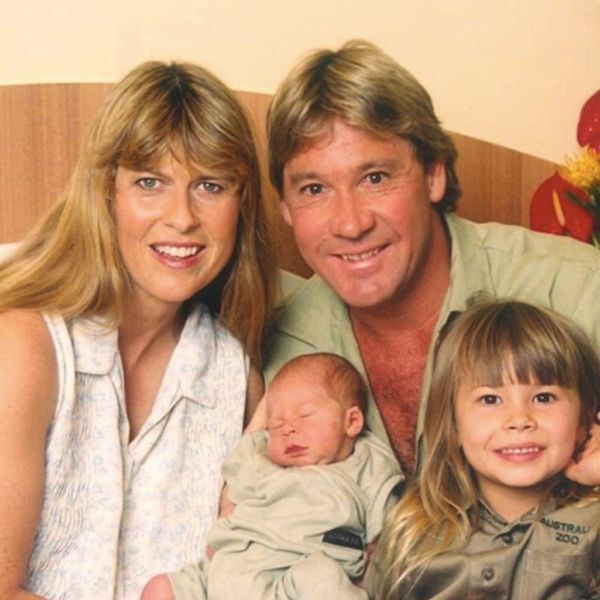 It’s been 10.5 years since Australian nature expert Steve Irwin passed away after a fatal encounter with a stingray, but in recent years, we’ve seen glimpses of the beloved wildlife pioneer in his daughter, Bindi Irwin. Not only did she go on to win Dancing With the Stars, but she’s also now graduated high school (for which she received a new truck in of dad’s memory), completing several college courses to boot.

Happy #newyear 🎉 2016 has been a wonderful year and I have loved spending time with my amazing family. I am looking forward to many more adventures in #2017 and sharing them with you all! Remember to hold the ones you love close to your heart.

Now we’re seeing Steve’s youngest, son Robert Clarence, (just three years old at the time of Steve’s death), come into his own spotlight. The 13-year-old appeared on The Tonight Show Starring Jimmy Fallon Thursday night for a segment on wildlife, and not only did he absolutely nail it, but his resemblance to Steve (who appeared on the same show back in 1999) in both appearance and mannerism was absolutely uncanny.

From the cheeky Australian accent to the brimming enthusiasm for his subject matter, you can almost believe it’s merely a younger version of Steve.

“It’s in my blood,” he explains to Jimmy before trotting out a bevy of animals (much to Jimmy’s chagrin).

“This is the African dwarf crocodile,” Robert exclaims of a little lizard. “Isn’t he just AMAZING? He’s gorgeous!”

Like Dad, he’s also full of information, spouting off everything from stats on saltwater crocodiles (“They’re 16 feet in length. They’re massive; they’re HUGE.”) to the screaming armadillo (“His defense mechanism is this wild screaming noise,”) as he coaxes Jimmy through his interactions with some of the more daunting animals. “There you go, well done! That’s amazing; good job!”

Even sister Bindi couldn’t get over the similarities, posting these two photos of her brother helping Jimmy Fallon handle a snake and her dad helping Jimmy’s predecessor, Jay Leno.

Tears in my eyes. So proud of @robertirwinphotography ❤️ You are more and more like Dad every day. I'm forever thankful to be your sister.

“Tears in my eyes,” she wrote. “So proud of @robertirwinphotography. You are more and more like Dad every day. I’m forever thankful to be your sister.”

Robert posted the same photo, saying, “It was such an honor to be on the @fallontonight show and follow in my dad’s footsteps. So much fun doing the show with @jimmyfallon. He is an amazingly kind person and a true Wildlife Warrior!”

See the full clip of Robert’s appearance below.

Are you blown away by the similarities between the two? Sound off over @BritandCo.