Study Shows First-Born Children Might Be Smarter Than Their Siblings 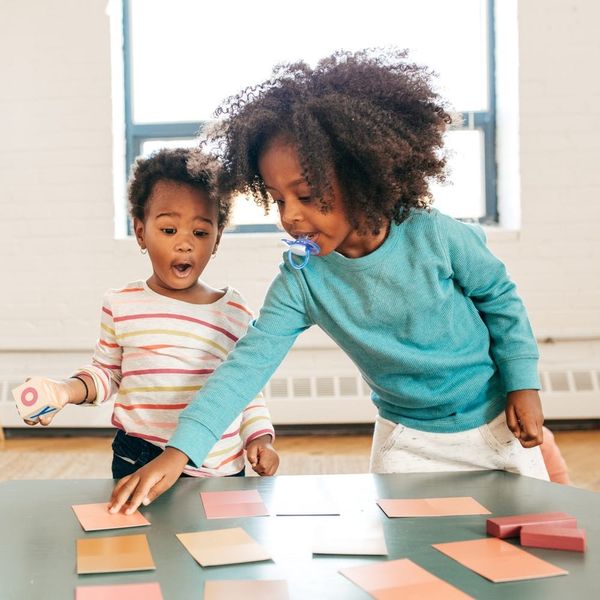 You’ve no doubt heard the stereotype that the oldest child is a responsible, well-behaved high-achiever. Case in point: Beyoncé, Kate Middleton and Emma Watson. Well, in addition to getting first dibs on everything, first-borns may have another thing to brag about — a recent study published in the Journal of Human Resources has shown first-born children have better thinking skills than their younger siblings.

Economists from the University of Edinburgh and the University of Sydney examined data from the US Bureau of Labor Statistics and found that first-borns score higher on IQ tests as early as age one. The study included nearly 5,000 children, who were observed from pre-birth to age 14. Every two years, the children were given tests that included reading recognition, picture vocabulary and matching letters. Family background and economic conditions were also taken into consideration.

The study found that the first-born mental advantage starts as early as just after birth. One reason behind this: shifts in parental behavior. While all children received the same level of emotional support, parents tend to engage in more mental stimulation (think: reading, crafts and playing musical instruments) with their first child. Naturally, this makes sense — oldest children have the luxury of undivided attention from first-time parents who have likely read every baby book ever written and bought every five-star rated educational toy on Amazon. By the time the second (and any subsequent) child enters the picture, parents have realized that raising kids is far from an exact science and — let’s face it — chilled out.

One thing to note, however, is that the results of this study were based on IQ score, which has been argued as an imperfect measurement of intelligence, as it doesn’t take into account factors such as race, gender, culture, creativity or complex brain function. Past research has also shown that IQ is not fixed and can increase over time.

But regardless of birth order, remember what’s really important: Having a sibling means always having someone to learn from (and blame everything on). Now, that’s smart.

How do you think birth order has impacted you? Let us know @BritandCo!