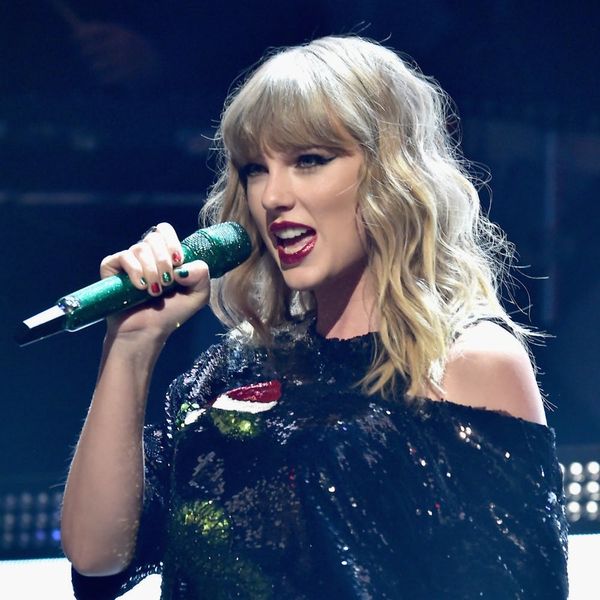 Taylor Swift and Kim Kardashian West may not exactly be BFFs, but as of today, it looks like they’ll at least have something in common: matching emoji! After living her best life in 2017 with a top-selling album (which momentarily broke iTunes), covering Time magazine as one of its selected “Persons of the Year,” and enjoying her new love with BF Joe Alwyn, Swift is capping the year off with her very own app, complete with tons of adorbs Taymojis to rival Kardashian West’s own.

The 28-year-old gave fans an early holiday gift in the form of her brand new social media platform, dubbed The Swift Life, designed exclusively for — you guessed it! — Swifties. The app, which is available for free download in the App Store, will let you “unlock Taymojis, get social with other Swifties, and connect directly to Taylor herself.” Yes to all of that, please!

You’ll also be able to upload your own photos, clips, and custom stickers, and, if your post becomes one of the most popular of the day, it will even end up on the SwiftSends feed, which will reportedly up your chances of the songstress herself to see it — and maybe even respond!

And that’s not all! According to the Instagram teaser, songs will be added to the app each week (though it’s unclear if they’re from Swift’s catalog or ones she simply enjoys), and Tay will also have her very own personal channel where she’ll be posting exclusive snaps, videos, and news you won’t be able to see anywhere else.

The more you use the app and interact with like-minded “LWYMMD” lovers, the more Taymojis you’ll earn, which can be used everywhere inside the app.

Will you be downloading The Swift Life? Tweet us @BritandCo.