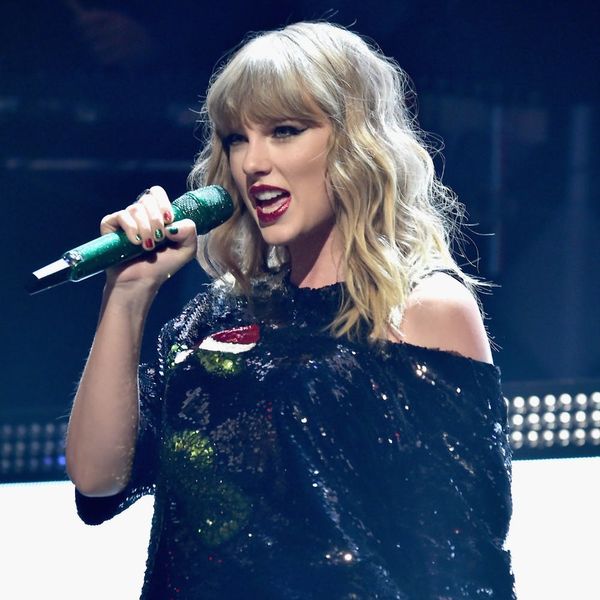 When Taylor Swift was spotted holding hands with boyfriend Joe Alwyn after her performance at iHeartRadio’s Jingle Bell Ball in NYC on Friday, fans were thrilled to get a peek at the super-private couple showing a little PDA. And now they have even more reason to be excited.

Several concertgoers tweeted about Alwyn and Swift at the show. Apparently, when the “…Ready for It?” singer finished her own set at the event, she sought out her beau, who was watching in the audience. Together, they found their own spot among the crowd in front of the stage, where they slow-danced to Swift’s pal Ed Sheeran.

MY CAMERA SUCKS BUT MY LIFE DOESNT pic.twitter.com/cZ1f886RBz

While it would have been fun to see them breaking out some sweet moves (the way she once did with Tom Hiddleston), fans are loving the fact that the singer and her 26-year-old boyfriend went for something a little more low-key and romantic.

TAYLOR AND JOE ARE SWAYING WHILST ED SINGS PERFECT pic.twitter.com/PWKUGpqp2c

According to one particularly excited person who witnessed the moment from a distance, the two were in their own world. “THEY LITERALLY SLOW DANCED TO ALL EDS SONGS WITH THEIR ARMS AROUND ONE ANOTHER AND JUST KEPT LOOKING AT EACH OTHER AND KISSING,” the lucky concert-goer tweeted (understandably in all caps).

The couple also did a little singing along to Sheeran, which was captured by someone standing near the pair. The onlooker even got an impromptu on-camera performance from Swift while Alwyn still had his arm around his lady’s shoulders (though, TBH, he looked a bit wary when he realized he was being recorded).

What’s your favorite song to dance to with your significant other? Let us know @BritandCo!