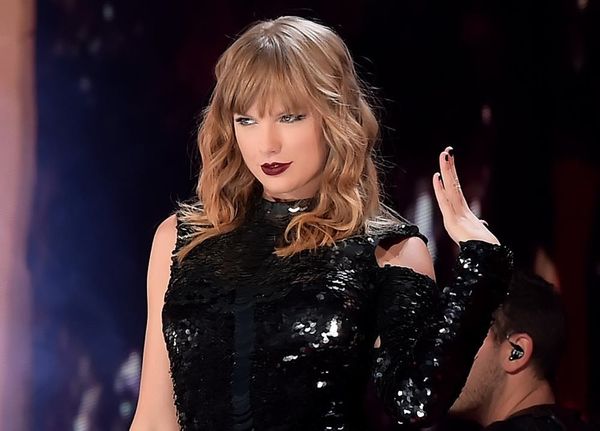 Taylor Swift took a strong political stance for the first time in her career this week, and it appears to have had an immediate — and important — impact in the real world.

“We are up to 65,000 [voter] registrations in a single 24-hour period since T.Swift’s post,” Kamari Guthrie, the director of communications for Vote.org, told BuzzFeed News. In the entire month of September, 190,178 new voters were registered across the country, while only 56,669 were registered in August. There’s no way to prove how much of that — if any — is because of Swift, but the data is certainly interesting to note.

In an instantly viral Instagram posted by the singer on Sunday, October 7, Swift encouraged her fans to register to vote in advance of the upcoming midterm elections. She also endorsed two Democratic candidates from her home state of Tennessee, explaining that she would not vote for Republican Congresswoman Marsha Blackburn because “her voting record in Congress appalls and terrifies me.”

“Vote.org saw [Tennessee] registrations spike specifically since Taylor’s post,” Guthrie continued to BuzzFeed, adding that 2,144 of the total 5,183 registrations in the state so far this month were in the last 36 hours.

Swift’s post caused a shockwave among fans and critics who have long asked the pop star to use her massive platform and influence to take a public political stance. “In the past I’ve been reluctant to publicly voice my political opinions, but due to several events in my life and in the world in the past two years, I feel very differently about that now,” Swift wrote, explaining her motives.

“I always have and always will cast my vote based on which candidate will protect and fight for the human rights I believe we all deserve in this country,” she continued. “I believe in the fight for LGBTQ rights, and that any form of discrimination based on sexual orientation or gender is WRONG. I believe that the systemic racism we still see in this country towards people of color is terrifying, sickening, and prevalent. I cannot vote for someone who will not be willing to fight for dignity for ALL Americans, no matter their skin color, gender, or who they love.”

Voter registration deadlines vary by state, but for many, today, October 9, is the last day to make sure you’re registered. The 2018 midterm elections take place on Tuesday, November 6, 2018.