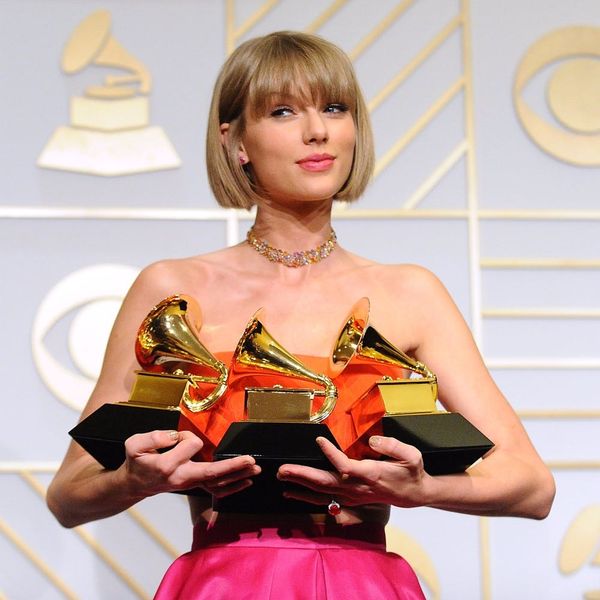 This year’s Grammy nominations had plenty of reasons to celebrate — such as Queen Bey’s continued reign — as well as its fair share of shafts. Not only were Ariana Grande and Justin Timberlake totally locked out, but a few of Drake’s entries were ignored, as well as Frank Ocean, who everyone expected would see at least some love. And though Taylor Swift missed her two-year deadline to release a new album, she was still up for a Grammy nomination but failed to nab one. Granted, her snub might be minor in comparison to the others, but it’s still totally brutal in its own way.

For those following all of the drama surrounding the “Bad Blood” singer this year, you’ll definitely remember the sitch around Nils Sjoberg. That happens to be the pseudonym Taylor used while co-writing Calvin Harris’s hit “This Is What You Came For” featuring Rihanna. As one of the folks behind the song’s creation, Taylor was in the running for a Grammy, if it happened to be nominated.

Though it’s not the biggest snub Taylor has experienced (and she can console herself with 29 nominations and 10 Grammy awards she’s won throughout the years), considering it’s directly related to her ex, it’s just a little more brutal than the norm.

Perhaps Taylor’s next album (with a little help from Drake?) will dominate the 2018 Grammys and she’ll see some vindication.

Do you think Taylor will come out with new music before the 2018 Grammys? Tweet us @BritandCo!

Desiree O
Desirée O is a ‘Professional Bohemian’ who loves anything and everything related to the arts, entertainment, and pop culture. She ADORES being a ‘Newsy’ for Brit + Co, covering all of the latest tidbits of awesomeness that you want to read about. When she’s not writing, she’s either making messy art, going on long adventurous walks with her camera, or poking around over at bohemianizm (http://www.bohemianizm.com/). You can find out about Desirée O and her work at http://DesireeO.com/ or follow her on Twitter @DesireeO.
Grammy Awards
Pop Culture
Grammy Awards Music Taylor Swift
More From Pop Culture