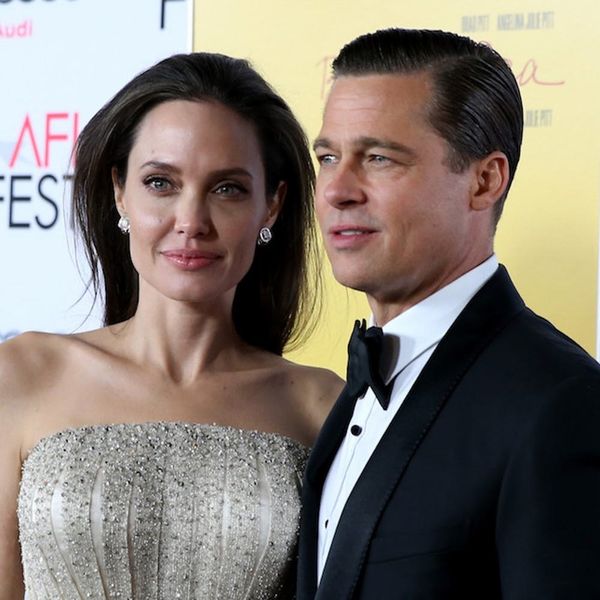 From a weird legal move from Angelina to words we’ll hold Joe Biden to, check out six of today’s top news items below!

1. Angeline Jolie has submitted her and Brad Pitt’s current custody agreement to court, a move that is being called “pure spin and manipulation.” The pair voluntarily came to the agreement together back in October; it remains temporary and non legally binding, and a source tells People that this is clearly a move for Angelina to keep the divorce “more in the public than less in the public,” adding that there is no legal reason to file and nothing has changed in the agreement. Yikes, looks like this is far from over. (Photo via Jonathan Leibson/Getty)

2. Jimmy Kimmel has announced that not only is he hosting the Oscars in February — him and his wife Molly McNeary are expecting baby number two! “So, there’s a lot of exciting stuff going on,” he said in his Monday night monologue. “Congratulations to me. I’m hosting the Oscars and I had sex. Two things as a teenage boy I never thought would be possible.” LOL. Congrats!

3. Joe Biden said he might run for President in 2020 in the most Joe Biden way ever. After a Senate session on Monday, Joe Biden was talking to reporters when CNN jokingly asked if he planned to run for office again. “Yeah, I am. I’m going to run in 2020,” Biden said. When pressed for what he’d run, he said, “For president. What the hell, man.” (Photo via Alex Wong/Getty)

4. Activate the hive: Beyoncé leads this year’s Grammy nominations. The Queen Bey nabbed nine huge noms, including for the top three categories of album, song and record of the year, and Drake and Kanye West follow close behind with eight nominations each. The Grammys will air Sunday, February 12 on CBS and will be hosted by James Corden. (Photo via Kevork Djansezian/Getty)

5. We are all this puppy being lulled to sleep with a Christmas song. As this pupper’s owner softly sings “Christmas Time Is Here” it drifts peacefully off to sleep. Zzzzz.

6. Quote of the day: “Fifteen years ago, I swore an oath to defend my country and Constitution against all enemies, foreign and domestic. On Dec. 19, I will do it again.” An Electoral College voter’s New York Times op-ed on why he will not cast his electoral vote for Donald Trump later this month. Read the full powerful piece here.

Do you expect many other Electoral College voters will follow suit? Let us know @BritandCo.