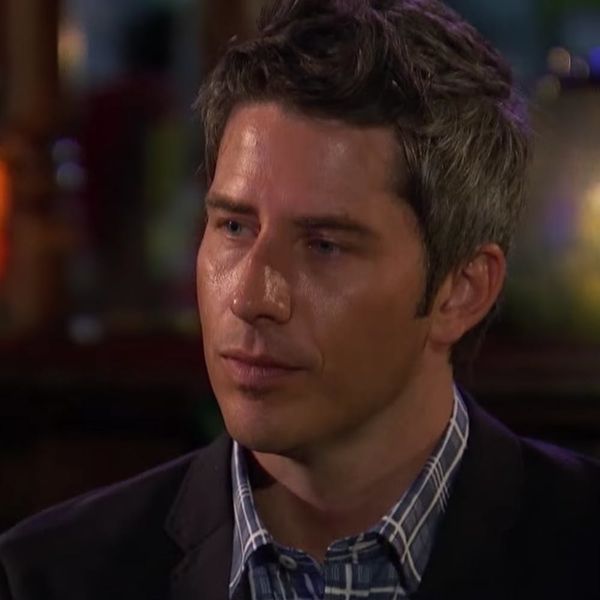 How much did the city of Fort Lauderdale pay Arie and the remaining contestants on The Bachelor to say how much they looooooove Fort Lauderdale? I mean, there’s nothing wrong with Fort Lauderdale but (I can say this because I was born in Florida) do they know it’s in Florida? As Krystal drama builds to a fever pitch and more women are banished to a lifetime of wondering if they’ll get the call for The Bachelor Winter Games, I’m starting to get used to Arie, even if I would’ve preferred to watch another dude’s journey to find love. And as I spend less and less time pointing at many of the women and asking, “Who’s that?” I’m grateful that we don’t have 13 women left named Lauren. Praise.

Arie takes Chelsea yachting and it’s a great opportunity to take a bathroom break or make a whole meal, because this is a very unpleasant person who was too boring to be this season’s villain. “I’m on a dreamboat but I’m also with a dreamboat.” Woof. Later at dinner, she opens up about the difficult relationship with her child’s father, and such revelations always merit roses and make-outs, so we’re stuck with Chelsea for the time being.

Approximately 10-50 of the women go on a bowling date with Arie. There’s no catch here. On a season where the women have learned to be survivalists and smashed into each other with cars, they’re not doing, like, crazy bowling. We just get to watch them bowl! Maquel is back in the mix after attending her grandfather’s funeral, which gives us one more person for Krystal to annoy. And, boy, does Krystal get competitive. She takes a lot of pride in being on the winning team in a straightforward bowling challenge and fake-graciously kisses the losers, who are supposed to not be able to attend the afterparty. When Arie decides to let the losing team attend a longer afterparty, Krystal goes just short of table-flipping and calls Arie a liar on the bus ride back to the hotel. She decides not to go to the party.

Arie falls for her tantrum and goes to visit her. She pouts and wines and, to Arie’s credit, he doesn’t quite fall for it and lets her know that this is telling of what kind of relationship they’d have. SHOULD’VE THOUGHT ABOUT THAT BEFORE YOU INTRODUCED HER TO YOUR PARENTS, but better late than never, dude. He tells her not to come to the party. Of course, after he has good one on one time with Kendall and Bekah, Krystal comes down to join the party while Arie is otherwise occupied. The other ladies won’t stand for it, with Bekah calling out Krystal as a hypocrite for changing her mind when she’s mad at Arie for doing the same. Young’n with the logic! Krystal leaves again and the last surviving Lauren, Lauren B., is shaken up by the incident but still has a solid enough one-on-one to land a rose.

Leave it to Arkansas firecracker Tia to get everything back on track. Arie takes her on the most Florida date ever: an Everglades airboat tour to look at gators. YES. I mean, it’s kind of weird that you took the down-home country girl on the trashy date, but also kind of awesome? When Arie sees an alligator, he says it reminds him of how “love is scary.” Dang, Arie. You are so dumb and adorable. Tia and Arie have a pretty decent date with the only snag being that she’s pretty religious and he’s… maybe an atheist? She says it isn’t a deal-breaker and they make out, so I’m maybe ready to call the whole thing for Tia.

Before the rose ceremony, Krystal dominates the conversation, aside from Kendall asking Arie if he’d ever consider eating human flesh. She overhears the others complaining about her and makes an insincere attempt to defuse the situation, leading to more fights. Finally, she speaks to Arie and pouts her way through a sort-of apology that includes a confession that her mother worked in a bowling alley and the whole setting was triggering. Huhhh. Arie doesn’t seem particularly moved by it, but because eliminating major conflict this early wouldn’t be great for ratings, Krystal gets a rose, leaving Ashley, Marikh, and Maquel heartbroken. I’m totally blaming this one on you, Chris Harrison.