The Bachelor’s Arie Luyendyk Jr. Weighs in on All the Krystal Drama 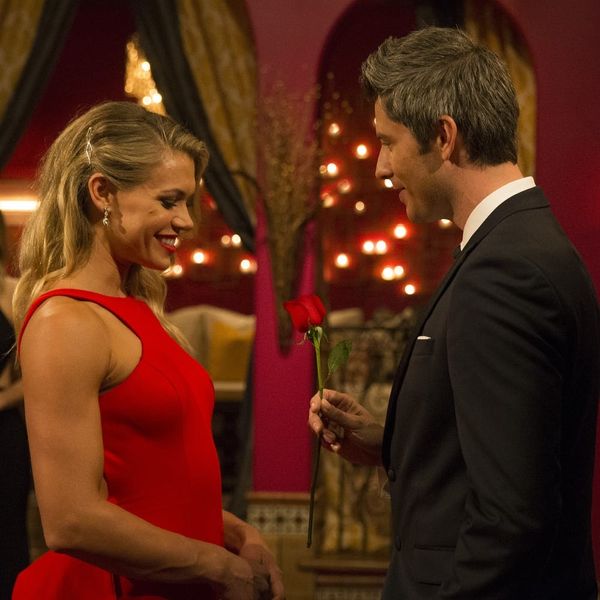 While much of the drama on this week’s episode of The Bachelor centered around the fact that Bekah M. finally told Arie Luyendyk Jr. that she’s 22 years old (which puts a 14-year age gap between them), she wasn’t the only one who got people talking. Krystal stirred up her fair share of drama, too — and now Luyendyk is weighing in on her actions.

Krystal has been on almost everyone’s wrong side since the second episode of the season, but she took things over the top during this week’s rose ceremony, when she pulled Luyendyk aside for a private conversation as he was about to hand out the first flower, even though he had intentionally skipped the chat-centered cocktail party that was supposed to take place earlier in the evening.

“I don’t really know why she did that, to be honest, because that week wasn’t a hard week for us,” the Bachelor star said on The Ben and Ashley I Almost Famous podcast. “Our group date was really, really fun and she was on that little group with me during the hike. And so, I just feel like she saw other relationships forming and she had that early one-on-one, so it’s probably hard for her to really adapt to being on these group dates.”

And it probably won’t get easier. In fact, it sounds like things get downright volatile between her and Luyendyk on next week’s episode. “It explodes, but that doesn’t mean you [can’t] get over that,” the real estate agent admitted. “I think sometimes, a little conflict in the show, I will have to say, it’s good if you can get through things together. … I think, looking back on it, you’re seeing it from a different perspective. But our relationship, at this point in the show, is going really good.”

He continued, “We do have some conflict next week, but … I know it’s so cliché to say, but she wasn’t there to make friends. She put our relationship first, and that caused some conflict and I think that there is something to be said about somebody that fights for the time that you get together, because you do have such a limited time.”

We see if Krystal’s attempts to get more time with Arie continue to cause sparks when The Bachelor airs on ABC Mondays at 8pm ET.

What do you think about this season of The Bachelor so far? Let us know @BritandCo!

Desiree O
Desirée O is a ‘Professional Bohemian’ who loves anything and everything related to the arts, entertainment, and pop culture. She ADORES being a ‘Newsy’ for Brit + Co, covering all of the latest tidbits of awesomeness that you want to read about. When she’s not writing, she’s either making messy art, going on long adventurous walks with her camera, or poking around over at bohemianizm (http://www.bohemianizm.com/). You can find out about Desirée O and her work at http://DesireeO.com/ or follow her on Twitter @DesireeO.
the bachelor
TV
the bachelor TV
More From TV