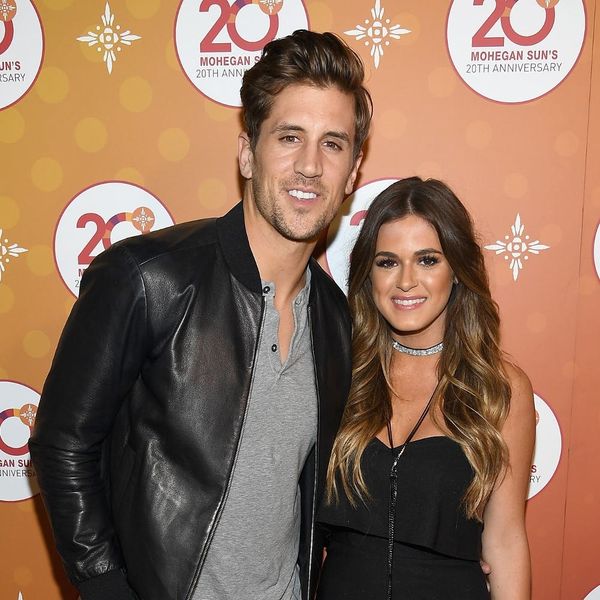 Jordan Rodgers and JoJo Fletcher have been living a romantically charmed life since falling in love during season 12 of The Bachelorette, staying in a (hella expensive) beach-side dream home, and enjoying a surprise engagement party —all while proving that their connection is as strong as ever. And while they’ve been pretty open about sharing their relationship with fans so far, there’s one thing Rodgers wants to keep private: their wedding.

“It’s something everyone always asks us,” the 28-year-old told The Hollywood Reporter when asked if his wedding with Fletcher will be televised. “That’s something we would have to discuss together, but very honestly, my first reaction would be that I would probably rather not.”

He backed up his instinct by reasoning that there’s “a distinct intimacy and privacy [when it comes to a wedding] and it’s a very special moment with family and friends, and I wouldn’t want anything to tarnish that or to take away from that. It’s a time that I want to be able to honor my fiancée and soon-to-be wife and her family, and I want it to be ours. I want us to run the show and make sure it’s always what we imagined.” Well, that’s wildly romantic.

He did admit that he would be willing to open up the ceremony if it was done right, saying, “If there’s a way to do that and include fans, great. But that wouldn’t be my first wish.”

When you nail a selfie...mic drop 🎤 -- Also this girl made her EPIC podcast debut yesterday (link in bio to listen) we talk twitter beef, butt wipes, Kardashians, sports, llamas...well no llamas. But next time! Have a listen and subscribe, new episodes every week! #SportsRelated

While Rodgers may not be keen on having his wedding televised, plenty of other Bachelor Nation couples have tied the knot on TV, including Trista and Ryan Sutter, Catherine and Sean Lowe, Ashley Hebert and J.P. Rosenbaum, and Jade Roper and Tanner Tolbert.

Rodgers revealed that the people behind the scenes haven’t been in contact yet about a possible wedding special. It looks like we’ll just have to keep our fingers crossed that he changes his mind before the ceremony so that we can share in their romance right up until the “I dos.”

What do you think about Jordan Rodgers’ desire to NOT have his wedding televised? Let us know @BritandCo!