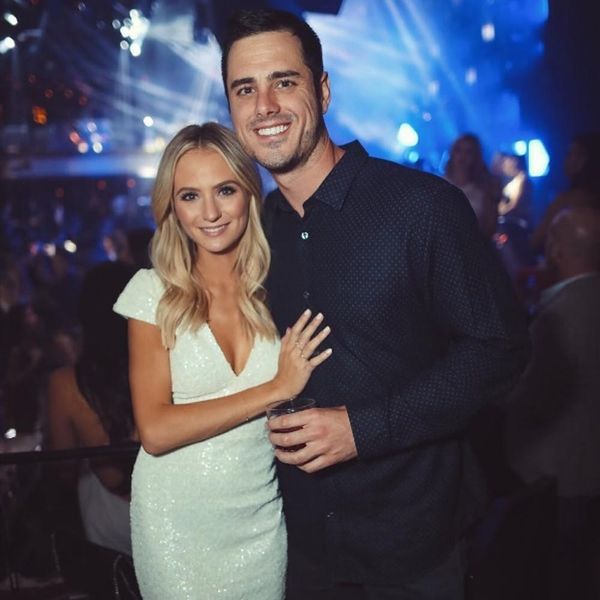 When Ben Higgins and Lauren Bushnell celebrated their one year anniversary, it looked like their love was as strong and adorable as ever, even sparking their own spinoff show. That’s why we were totally shocked when Ben called off their wedding. Is love dead?! Well, maybe not for these two, as it turns out Ben and Lauren are in a totally unexpected place after cancelling their big day.

While our initial glimpse of their rocky relationship sitch showed a stunned and tearful Lauren getting the news from Ben, we now know that things aren’t so dire. Just… paused. “This thing sped up real fast, and we haven’t had a second to breathe,” Ben told his fiancée, according to ET, adding, “Now it’s time not to rush anything else.”

Though he does indeed want to cancel their current wedding plans, Ben doesn’t want to ditch them forever, just slow things down to a manageable pace. Although it may be hard for Lauren to hear that Ben isn’t ready to get married, he assured her it’s just that he’s not ready yet. But when he is feeling the marriage vibe, it’s still Lauren he wants to spend the rest of his life with, saying, “You’re the woman of my dreams.”

To put it blatantly so that there’s no confusion: “We are together, happier than ever — no plans to break up!”

Do you think Ben and Lauren will end up getting married? Tweet us @BritandCo!

Desiree O
Desirée O is a ‘Professional Bohemian’ who loves anything and everything related to the arts, entertainment, and pop culture. She ADORES being a ‘Newsy’ for Brit + Co, covering all of the latest tidbits of awesomeness that you want to read about. When she’s not writing, she’s either making messy art, going on long adventurous walks with her camera, or poking around over at bohemianizm (http://www.bohemianizm.com/). You can find out about Desirée O and her work at http://DesireeO.com/ or follow her on Twitter @DesireeO.
Celebrity Wedding
TV
Celebrity Wedding