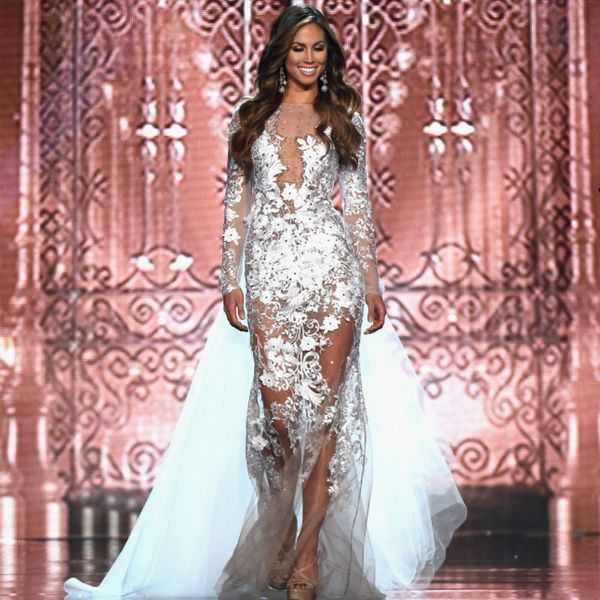 By now, we know that an Army Reservist from Washington DC is the new Miss USA, but her win isn’t the only thing that’s got everyone talking today.

What was the question Laura Brown asked of Miss Hawaii, Chelsea Hardin? Well, Brown asked who Hardin would vote for between Donald Trump or Hilary Clinton. Your choice in the ballot box is a protected one, which is why everyone’s so up in arms. Brown was one of the first to chime in on the question on Twitter.

Hi guys. I asked the question I was given and Miss Hawaii answered beautifully. @MissUSA ❤️

So, Laura Brown didn’t think to ask why the producers thought this would be a good idea to bring up during Miss USA? We know in the past that Donald Trump owned the organization — could it be that the show’s producers were helping him out? Regardless of the reasons, people are super P.O.’d about the question.

Miss Hawaii killed the question round! Good job avoiding that super inappropriate question! Very disappointed they even asked that!

They hit miss Hawaii with the worst question

It even looks like the question has caused at least one family rift.

Luckily, Miss Hawaii was poised and many people noticed how good she was at answering.

I really liked this girl! She was amazing and represented so well! https://t.co/jv9uBC4tOm

And a whole bunch of folks are saying that maybe Miss Hawaii was robbed, since she gave such a perfect answer to an otherwise inappropriate question.

At least Miss Hawaii has a huge celeb superfan in Gigi Hadid!

What do you think about the Miss Hawaii question controversy? Tell us @Britandco!