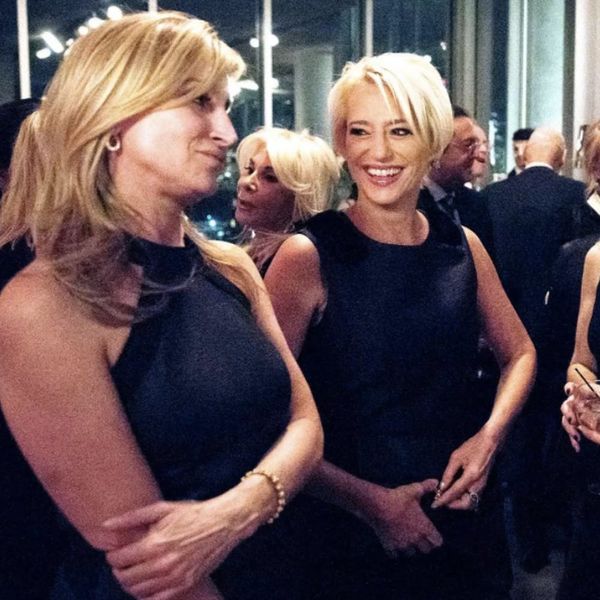 We don’t have to spend too much time inside this episode, as it was the one we’d all rather bend time to forget. It’s all about how Donald Trump became the 45th and final POTUS the world will ever see, as we’ll all be dead very soon. As of Tuesday under this administration, a woman might receive a year in jail for laughing during the confirmation hearing of Jeff Sessions. Good to know we live in the end of days!

We joke; we joke. But in all seriousness: Carole and her mom go canvassing in Pennsylvania together to persuade people to vote for Hillary. I suppose it’s nice that Carole has a mother and feels comfortable wearing teal fur around her.

Ramona shot a bunch of lasers into her face for her 60th birthday. Meanwhile, Sonja is peeved at Tinsley for various reasons which I’m sure have nothing to do with her being younger and only 15 percent comprised of botulism toxin instead of the RHONY standard 80 percent. Aw, look at her from the 2004 Met Gala!

Carole has an election party which Ramona is not invited to. Dorinda plans a surprise party for Ramona while shopping for ties with Luann, kind of. Bethenny is around reminding us that she sells disgusting types of calorie-free booze or whatever. Ramona maybe is shocked that people threw her a birthday party but it’s difficult to tell when these women are emoting due to the aforementioned RHONY standard 80 percent tox.

Anyway, we all know by now that Donald Trump has been the president for a little over 100 days. It’s been eventful!

Take a load off and watch this year-old meme of a teacup pig twerking. 2016, man. Simpler times.