The Top 5 Most Googled Halloween Costumes of 2016 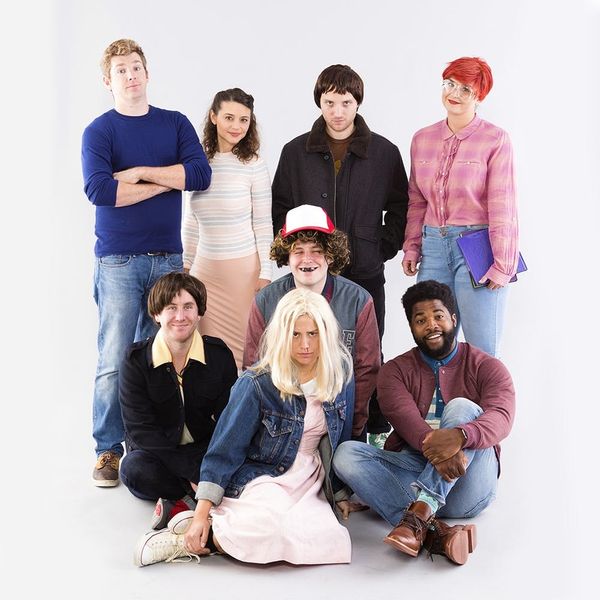 Here’s the thing. We LOVE Stranger Things. Love. Who wouldn’t love a ragtag group of boys and their friend, a girl with totally awesome superpowers?! But we wouldn’t want to go to a costume party dressed like everyone else, and we wouldn’t be surprised if there were a lot of Stranger Things kids running around.

But don’t worry! According to Google’s new trending costumes search engine Frightgeist, Eleven doesn’t even rank in the top 10 for nationally searched costumes. It didn’t even rank at all when we searched it! So either the costume is easy enough to pull off — and we’re certainly no strangers (get it?) to Stranger Things DIYs — or people don’t want to be Eleven as badly as we thought.

If you really don’t want to go as something that’s trending, you can check out Google’s Frightgeist for everything you shouldn’t go as. And if you’re still worried, you could always get crafty with makeup — Snapchat is not going out of style anytime soon, and all those filters are just begging to be made into costumes. Or just go with one of these top five searched costumes on Google, because they’re still pretty great.

1. Harley Quinn: Even though Suicide Squad didn’t fare too well in terms of ratings, the world got a new favorite baddie in Harley. Pigtails, hotpants, a babydoll tee and lots of makeup make the look pretty easy to DIY (check out our version here). If you want bae to go as the antihero to your antiheroine… check out number two on this list.

2. The Joker: Jared Leto’s Joker might not have gotten all that much screen time in Suicide Squad, but Harley Quinn needs her puddin’. Green hair dye, white face paint and a maniacal look makes this villain a creeptastic Halloween costume (and we’ve DIYed Joker too!).

3. Superhero: People love dressing up as caped crusaders during Halloween and living out their comic book dreams IRL, so it’s no surprise this search is number three on the list. In case you wanted to match with your pooch, you can DIY your own dog’s Superman costume.

4. Pirate: An oldie but a goodie. You could just pick up a costume in a bag at your local costume shop, or easily DIY a pirate costume with stuff you already have around the house.

5. Wonder Woman: YAAAS! Loving the #girlpower. Wonder Woman is a stunner, both in looks and super awesome powers. With a new movie starring Gal Gadot dropping next year, it’s no wonder this costume search rounds up our list.

What are you planning to dress up as? Let us know by mentioning @BritandCo!