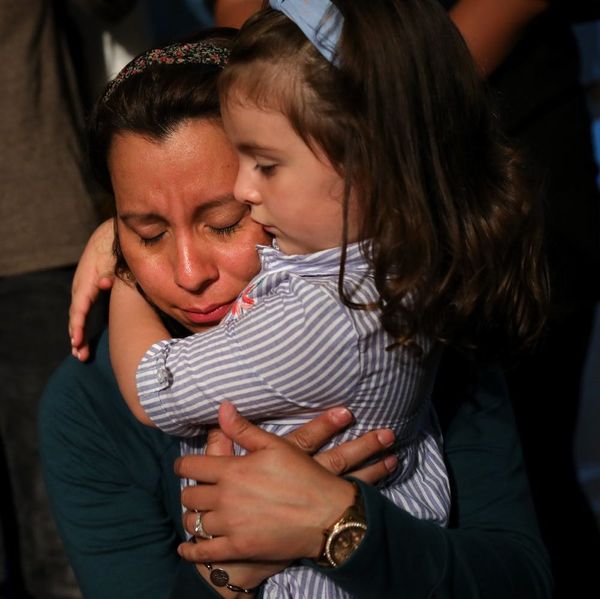 The Department of Health and Human Services has argued against making efforts to reunite what may potentially amount to thousands of immigrant children with their parents after the families were forcibly separated by US border officials, according to government court documents filed on Friday.

The court filing is part of the ongoing legal battle between the American Civil Liberties Union and the US government over separated immigrant families. HHS was issued a court order in June 2018 to identify and reunite separated families, but last week’s filing indicated that HHS is resistant to tracking down children who were placed in the care of a sponsor after being removed from their parents.

According to the Associated Press, the HHS filing cites a lack of resources to find all the children, as well as the possibility of inflicting additional trauma, as reasons for why children should remain separated from their families.

BREAKING: Tonight the Trump administration filed documents that don’t dispute the recent report that there may have been thousands more separated kids. They’re arguing it would take too long to figure out where those kids are because they have no tracking system.

An estimated 2,737 immigrant children were removed from their parents under the Trump administration’s family separation policy that captured headlines between June and December of 2018. In January 2019, a government watchdog report revealed that upwards of 2,000 additional, unreported children had been separated from their parents and detained as early as 2017, a year before the American public became aware of the practice.

The ACLU tweeted on Friday that the government is not disputing recent reports that thousands more children were removed from their parents and held in US custody than had previously been reported. The ACLU also repeated the government’s reported assertion that it may not be possible to reunite these families.

Immigrant rights groups have been saying throughout the implementation of family separation policies — which may still be in effect at the southern border — that they are gravely concerned that children and parents will not be reunited.

In the new court filings, HHS reportedly claims that the government will devote reunification efforts to those families whose children are currently in US custody, and not in the custody of sponsors. But as Julie Schwietert-Collazo, founder of Immigrant Families Together, tells Brit + Co, children in the care of sponsors are hardly guaranteed stable, long-term guardianship. She goes on to explain that sponsors of separated immigrant children are usually relatives of the child’s parents who the child is unlikely to have ever met.

Further, Schwietert-Collazo says that child sponsorships from relatives often fall apart because the family members were not necessarily expecting to have to care, long-term, for a child. It’s also likely that some prospective child sponsors have decided not to pursue guardianship after learning that ICE was flagging and arresting undocumented would-be sponsors, leaving separated families in an extremely difficult situation with fewer options for recourse.

Schwietert-Collazo tells Brit + Co that HHS’ reported claim that reuniting separated families would be too effort-intensive is “patently absurd.”

“Is it seriously about effort?” she says. “It took a lot of effort to implement this policy that is intentionally cruel, and now you’re saying you don’t have the capacity to reunite these kids with their biological families who want them back.”

Schwietert-Collazo further opines that the administration’s nominal interest in child welfare and trauma prevention, after tearing families apart and detaining children and parents, is “hypocrisy of the highest order.”

The news that the government to reunite children who are with sponsors is yet another point of distress and aggravation for immigrant rights advocates who have been working to reunite families. Schwietert-Collazo tells us that her “biggest concern is that none of the decisions that have been made from this entire process [of forced family separations at the US border] seem to have been made with any conscientiousness or input from human rights advocates and professionals, much less psychologists who are experts in child and family trauma.”

Your children, your grandchildren, your nieces & nephews. Would you want the government to be held accountable to reunite your family no matter how much time it takes? Looks like it’s time to let our elected it is WORTH THE TIME to reunite families. https://t.co/3xpSfov0CO https://t.co/2ZRqd6t9aj

Immigrant Families Together is encouraging concerned citizens to contact their elected officials to demand that all separated children are reunited with their families.

What do you think? Tells us on Twitter @BritandCo.