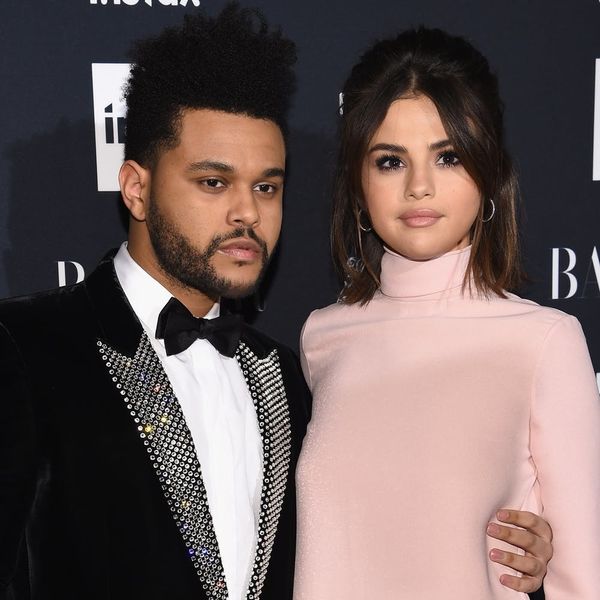 Amid all of the on-again, off-again buzz surrounding Selena Gomez and Justin Bieber, her nearly year-long romance with The Weeknd in 2017 had mostly faded into the past. But it’s back in the spotlight in a big way now, thanks to the “Starboy” singer’s new album, which fans believe may be about their relationship and subsequent breakup.

Late Thursday evening, The Weeknd (whose real name is Abel Tesfaye) released his new album, My Dear Melancholy. On it is a track that sounds like it could have been inspired by Gomez and the time they spent together.

As we know, the pair split last October after 10 months of dating. Perhaps that’s why he sings, “I said I didn’t feel nothing baby, but I lied / I almost cut a piece of myself for your life / Guess I was just another pit stop / ‘Til you made up your mind / You just wasted my time / You’re on top.” While this could be just an intense way to describe their relationship, some fans think he might have actually offered Gomez his kidney in order to save her life. (That’s pure speculation, of course.)

After things ended between The Weeknd and Gomez, rumors swirled that she had reunited with Bieber. And if “Call Out My Name” is to be believed, it sounds like it may have been difficult for the “Pray for Me” singer to see his ex move on so quickly. In the song, he asks, “Girl, why can’t you wait ’til I fall out of love?”

As it stands, The Weeknd seems to still be single, and it looks like things between Gomez and Bieber may have cooled off.

Do you think “Call Out My Name” is about Selena Gomez? Let us know @BritandCo.