Selena Gomez and The Weeknd Have Reportedly Called It Quits 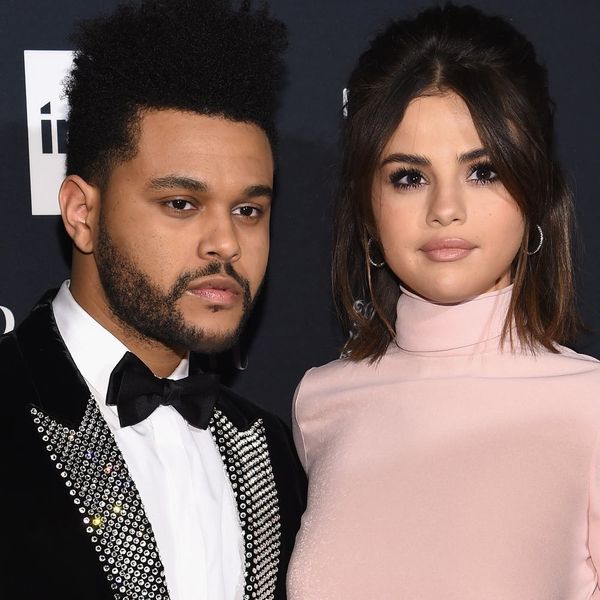 Hot on the heels of a Jelena reunion this past weekend, several outlets, including People and TMZ, are reporting that Selena Gomez and The Weeknd, AKA Abel Tesafaye, have called it quits after 10 short months together.

While reps for neither party have confirmed the news, several eagle-eyed fans have pointed out that the “Starboy” singer had unfollowed several of his lady’s friends and family members, and is also said to have “unliked” some of her photos.

Guys… I know i should spread positive energy. It's my duty. But @theweeknd unfollowed Francia… I think it's over 😔😔😔

Fans found the timing especially suspect, as the 25-year-old songstress was seen having breakfast with ex-boyfriend Justin Bieber just this past weekend. Still, it’s possible that distance took its toll on the relationship, as well: The usually high-profile couple has not been photographed together since early September, with Gomez taking a break from the spotlight early in the summer after undergoing a kidney transplant due to complications from her Lupus, and Tesafaye headed out on tour.

Their under-the-radar status has been a big change for the twosome, with the “Wolves” crooner telling Ryan Seacrest that she couldn’t help but show off her beau. “It’s too much pressure [to hide the relationship], and I think everyone gets over everything eventually… I just want to be happy. If that’s me just being myself, then I don’t really care.”

Our best wishes for both parties on their romantic journeys.

Have you had a really public breakup? Tell us @BritandCo!

Kat Armstrong
Kat has been a writer, social media maven and mom for longer than she's willing to admit. She's also spent time in front of and behind the camera, interviewing celebs, politicians and acting as a producer for fashion and artistic photography shoots. When she isn't writing for various orgs and publications, she's hanging with her kids, husband and French Bulldog, Peter, in Toronto, Canada.
Celebrities
Celebrity News
Celebrities Celebrity Breakups Celebrity Couples Selena Gomez