These Candies Are Shaped Like Iconic Fashion Items from ‘SATC’ and Yes, There’s a Post-It 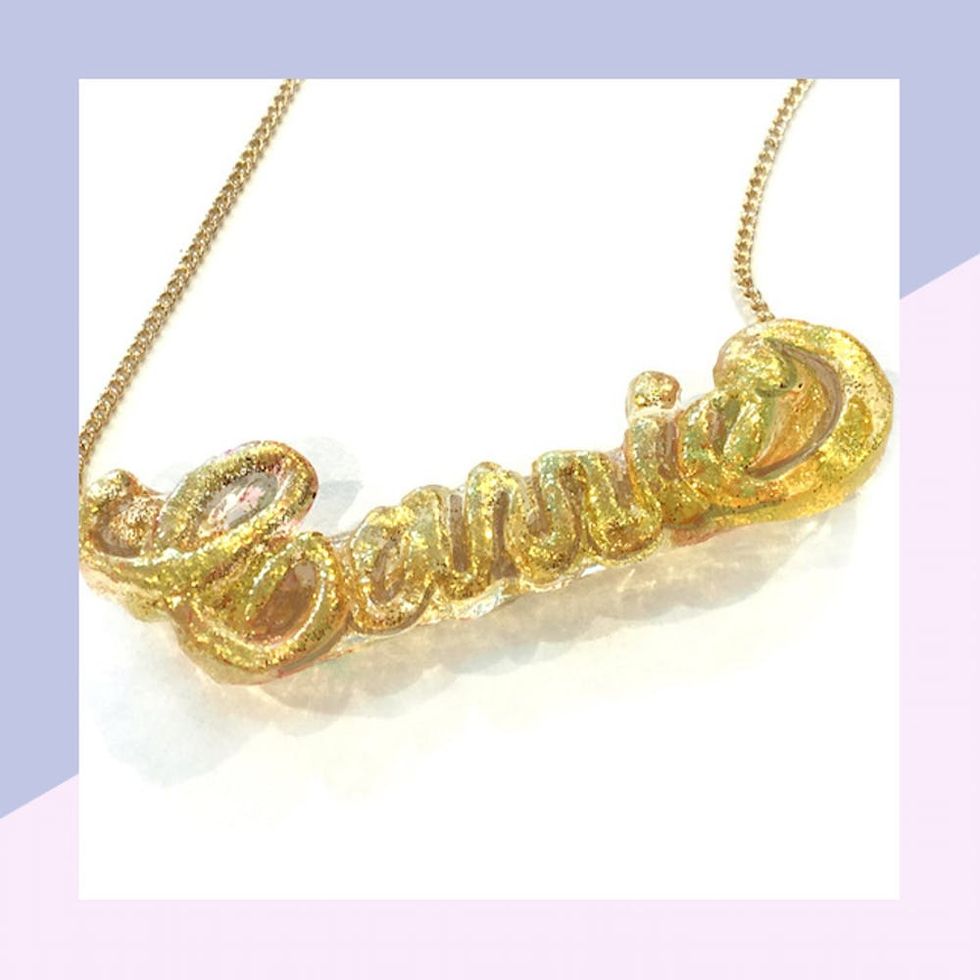 Sex and the City fans the world over were crushed last fall when Sarah Jessica Parker made the sad announcement that after six years on HBO and two follow-up films, the franchise would be ending, with no plans to follow through on a third movie. But we’ve got some news to cheer you up! While we may not be seeing the fab four on the big or small screens again anytime soon (wah!), we ARE getting a consolation prize in the form of Sex and the City-shaped candy!

Sweet Saba, a “luxury candy” company in NYC dreamed up by New Yorker Maayan Zilberman, is partnering up with Instagram account @Everyoutfitonsatc for a fashionable collection of sweet treats based on stylish moments from the show.

The line consists of three separate candies molded into the shape of a heel duo ($60), complete with edible gold, Carrie Bradshaw’s famous “Carrie” necklace ($45), which comes on an actual chain, and, get this — a POST-IT — which is made to order.

As Zilberman explained to Vogue, she put some serious thought behind her selection of goods. “I thought right away of the items that are not only garments, but items that affected the aesthetic of the show… of course Carrie’s most famed shoes by both Manolo and Jimmy Choo… but also the nameplate necklace she appropriated and made mainstream,” she said.

The baking whiz even put a fashionable spin on the candy Post-It, calling it “a symbolic placeholder for every fleeting trend that we all latched onto during the course of the show.”

The former lingerie designer, whose pieces were actually featured on the show, said she benefitted from its fans in her younger years, and now she’s paying it forward.

Not only is she making viewers (and Kristin Davis, who gave the collection her Instagram seal of approval!) happy, she’s also donating all proceeds to David Sheldick Wildlife Trust — a cause after the RL Charlotte’s own heart.

Which piece of candy is your fave? Share with us over @BritandCo.

Nicole Briese
Nicole is the weekend editor for Brit + Co who loves bringing you all the latest buzz. When she's not busy typing away into the wee hours, you can usually find her canoodling with her fur babies, rooting around in a bookstore, or rocking out at a concert of some sort (Guns N' Roses forever!). Check out all her latest musings and past work at nicolebjean.com.
Sweets
Food News
SweetsTV
The Conversation

Swim In Style With These Pool Floats, Slides, And Other Inflatables

Hailey Bieber's New Smoothie Is Like A Facial In A Cup

Here Are The Zodiac Signs That Cancer Is Most Compatible With