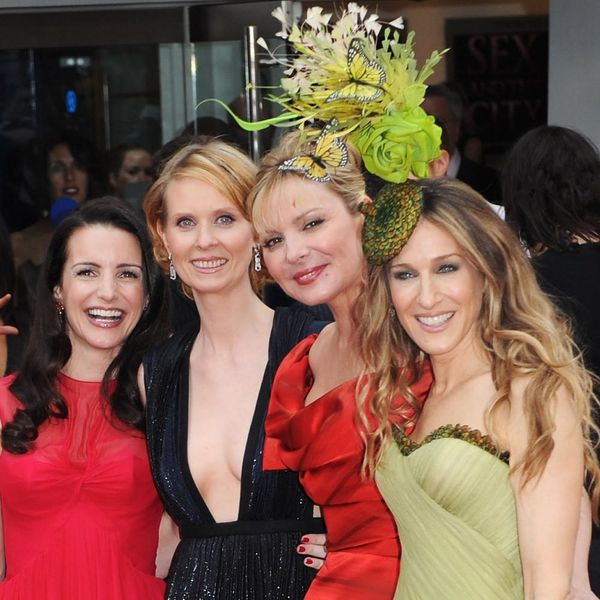 Fast and Furious isn’t the only franchise with some drama this week. After Sarah Jessica Parker revealed that Sex and the City 3 was no longer happening, a report from DailyMailTV claimed that it fell apart because of Kim Cattrall (who played Samantha). She denied the rumors, but in the days since, the situation has become increasingly complicated.

After Cattrall dismissed the Daily Mail‘s initial report about the movie — in a tweet saying, “The only ‘DEMAND’ I ever made was that I didn’t want to do a 3rd film….& that was back in 2016” — she reportedly addressed the drama in an interview for Piers Morgan’s ITV show, Life Stories. Per a separate story from the Daily Mail, she said that she had no idea when she last spoke to her costars. She also reportedly compared the whole saga to “a toxic relationship” and said everyone involved “could have been nicer.”

SJP, for her part, has remained relatively quiet about the situation (at least in regards to what caused the project to be shelved), but others haven’t been so tight-lipped.

Willie Garson, who played Stanford Blatch, took to Twitter with a very pointed message that seemed aimed at Cattrall: “Dear fans, because I’m ‘toxic,’ I’m going to negotiate a contract for 6 months, not come to terms, then say I never wanted to do it anyway.” He added in a subsequent tweet, “Facts are just so much better and more respectful than lies. Every time.”

Dear fans, because I'm "toxic", I'm going to negotiate a contract for 6 months, not come to terms, then say I never wanted to do it anyway.

And he wasn’t alone.

Evan Handler, who played Charlotte’s husband Harry, posted his side of the story to Facebook, explaining what he knows about the situation. “I’d assumed that this, like everything surrounding Sex and the City, was something I wasn’t supposed to talk about. But now it seems that others are. So, yes… I was suddenly contacted, just two or three months ago, and told that a third movie was definitely happening. I was astonished, but delighted. Then, less than three weeks later, that ‘they are pulling the plug,’ and it was not to be.”

He also warned fans to be wary of who and what they believe. “Suddenly the story seems to be everywhere. You can reach your own conclusions. But I will say this: Piers Morgan is a nasty, Trump-supporting, fake-news-distributing purveyor of lies and falsehoods that I argued openly with about far more serious matters months before his recent interview pushed this story into view. So, I’d be cautious about buying into whatever’s being sold on his show.”

While there’s obviously a whole lot of he said/he said/she said going on, Cattrall is ready to just drop it at this point. When a Twitter follower wrote, “So I’ve seen you doing interviews on ageism yet I see you on Insta saying you too old to play Samantha? I’m so confused,” the 61-year-old responded, “I’ve played ‘SAM’ for 20 years. Am moving on & so should you. Try #SensitiveSkin my show on @Netflix.”

Josh, I've played 'SAM' for 20 years. Am moving on & so should you. Try #SensitiveSkin my show on @Netflix https://t.co/mJYOybZMi8

She also reportedly replied to a fan on Instagram, writing: “My heart isn’t in it anymore. I’ve moved on. 61 isn’t 53 or 41. I have learned so much from our Sam. She was my hero but I want to rest & not work as much as I have been doing for years. I want a less hectic life. My decision reflects where I am in my life & I can’t change that without being unhappy. I hope you’ll understand.”

What do you think about the current Sex and the City 3 situation? Let us know @BritandCo!