“Sex and the City 3” Is Not Happening, According to Sarah Jessica Parker 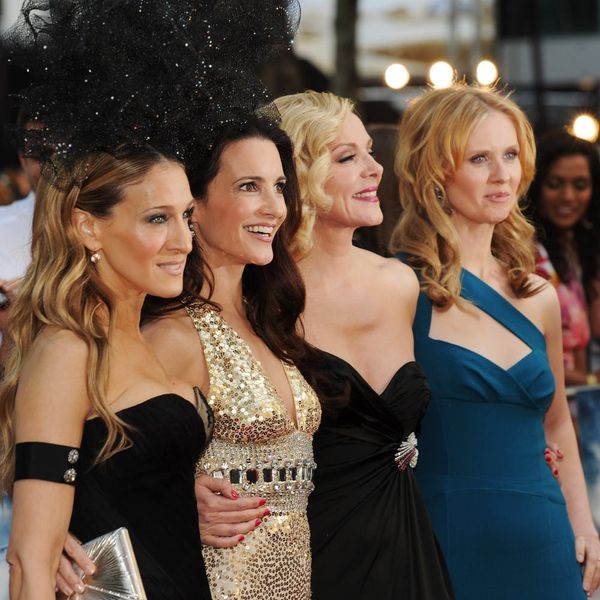 Our hopes have been dashed, Sex and the City fans! Though a third movie already seemed kind of unlikely, given that Chris Noth admitted he wasn’t into the idea of playing Mr. Big again and Cynthia Nixon is reportedly thinking about running for governor of NY, we weren’t quite ready to give up on the idea. But we may have to now: Sarah Jessica Parker just confirmed that Sex and the City 3 is not happening — even though it was apparently written.

“It’s over. We’re not doing it. I’m disappointed. We had this beautiful, funny, heartbreaking, joyful, very relatable script and story,” the 52-year-old actress, who played leading lady Carrie Bradshaw, told Extra. She also made it clear that this was definitely not the way she wanted things to turn out, saying, “It’s not just disappointing that we don’t get to tell the story and have that experience, but more so for that audience that has been so vocal in wanting another movie.”

It’s unclear at this point why the movie was shelved. One report claimed that Kim Cattrall (who played Samantha) made “outrageous” demands, but Cattrall shut down those rumors via Twitter, writing, “The only ‘DEMAND’ I ever made was that I didn’t want to do a 3rd film….& that was back in 2016.”

Cattrall explained her hesitation to the Daily Record last year: “I think the climate changed. To have four women talking about shopping trips and spending $400 on shoes when people are having trouble putting food on the table? It doesn’t mean we don’t need that, but I think the pendulum swung in a different direction.”

She also said at the time that the stars’ busy schedules would be a challenge: “Everyone is doing their own thing and if it was going to happen, it would have happened by now.” (To her point, the first movie came out way back in 2008, and the second was released in 2010. Both received mixed reviews but were successful at the box office, earning a total of well over $700 million worldwide.)

Still, Cattrall told the Daily Record that a third installment “could be fun.” She added: “To say goodbye completely to Samantha would be pretty hard.”

We agree. Saying goodbye is going to be pretty hard, indeed.

Are you disappointed that Sex and the City 3 isn’t happening? Let us know @BritandCo!