These Women Are Hoping to Change the Face of the GOP 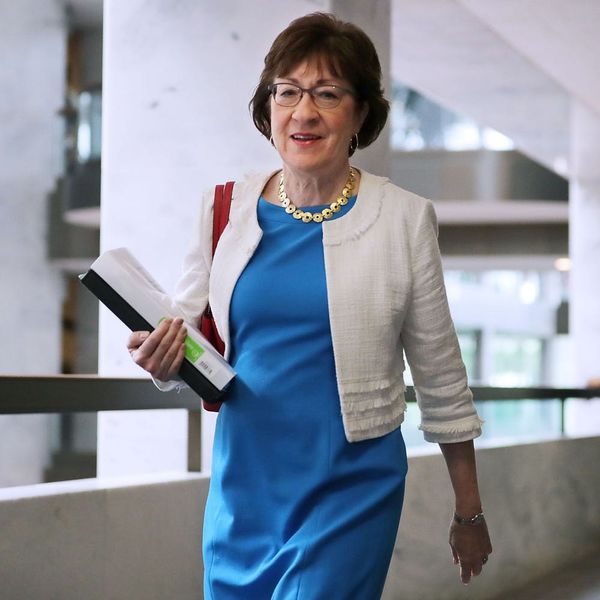 Women have been leaving the Republican party in droves over the last few months. Although researchers aren’t entirely sure why, the Washington Post noticed a major female migration from the GOP to the Democrats since the 2016 election. Combine the movement across party lines with a large number of GOP lawmakers retiring in 2018, and you’ve got a party in need of a makeover.t

With midterm elections on the horizon, more and more women across the country are throwing their hats into the ring to make that change within the Republican party, and they may be the way the party survives after the last tumultuous 15 months.

“I live in an area where Democrats can’t win,” 29-year-old Lindsay Brown told Bustle of her New Jersey Congressional district, a Republican stronghold. “So if I want to win, and I want to unseat an incumbent, and I want to make change in the Republican party then I have to be a Republican.” The election of President Trump motivated her to switch parties to the GOP in the hopes of making positive change for her community, and the country.

Brown isn’t alone in her hopes of seeking positive change spurred on by a distaste of the current administration. ABC News reports that there are at least 50 women running in primaries in Texas alone — a groundbreaking number for the state.

And there are plenty of longstanding Republicans aiming for change within their party in 2018, too. New Yorker Morgan Zegers is running for the GOP with the hopes of helping reshape the party.

“I’m still trying to figure out where the party is heading,” the 21-year-old student told Bustle. But while it may look like many Republican women are running to trounce the current administration, that’s not the case across the board.

“Republican women aren’t running out of anger; we’re running out of principle,” Missy Shorey, the national executive director at Maggie’s List, which funds conservative women’s campaigns told Newsweek. “And there’s a very big difference. People are much more drawn to women standing with a purpose as opposed to a reactionary force.”

“Ignore women on the right at your own peril,” Shorey concluded. “Just because we don’t have pink hats and aren’t screaming in the streets doesn’t mean we don’t exist.”

Have you decided where your vote lies for the midterms? Let us know @BritandCo!