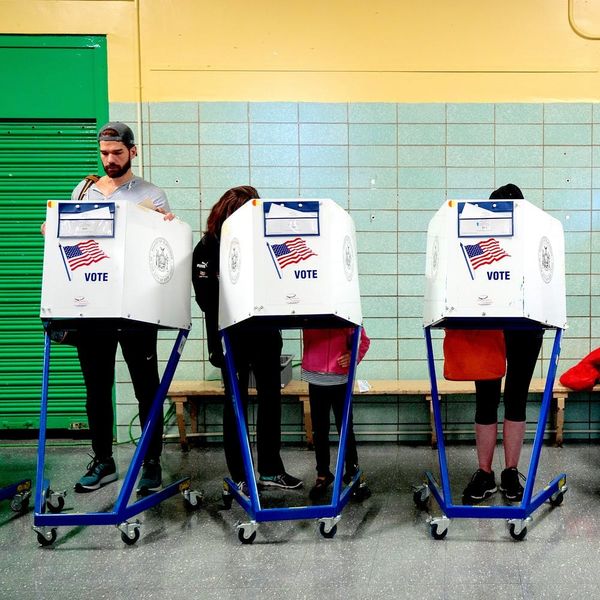 There’s still a long way to go before midterm elections, but it’s already shaping up to be a banner year — for American women. According to the Rutgers Center for American Women and Politics, 431 women are likely to run for the House this year, more than twice the 212 who were planning to run at this point in 2016.

As NPR notes, the majority of this so-called “pink wave” has come from the Democratic side of the aisle. Of the 431 expected to run, 339 are Democrats and 92 are Republicans. There are also 50 women expected to run for Senate and 82 women who plan to run in 36 gubernatorial races.

The rise in women candidates has been broadly attributed to the 2016 election of President Donald Trump. Trump’s administration has been none too considerate of the wants and needs of the female-identifying citizens of the nation. From the infamous Access Hollywood tape, to Trump’s handling of the Rob Porter abuse scandal, to the administration’s support of alleged child molester Roy Moore, there is no shortage of issues for women to get fired up about on both sides of the political aisle. According to Emily’s List, an organization that works to get pro-choice candidates elected, the org has fielded calls from more than 30,000 women interested in getting involved in politics.

Yup, the wave is coming, and it’s got some of the establishment folk quaking in their boots. In a recent interview with the New York Times, Senate Majority Leader Mitch McConnell revealed his pessimism about the upcoming midterms.

“The odds are that we will lose seats in the House and the Senate,” McConnell told the Times. “History tells you that, the fired-up nature of the political left tells you that. We go into this clear-eyed that this is going to be quite a challenging election.”

Fortunately for Mitch, some of that fire has hopped the aisle, because more Republican women are running this year for the Senate, House, and governorships than in any year since 2002.

Have you considered running for office? Tell us @britandco!