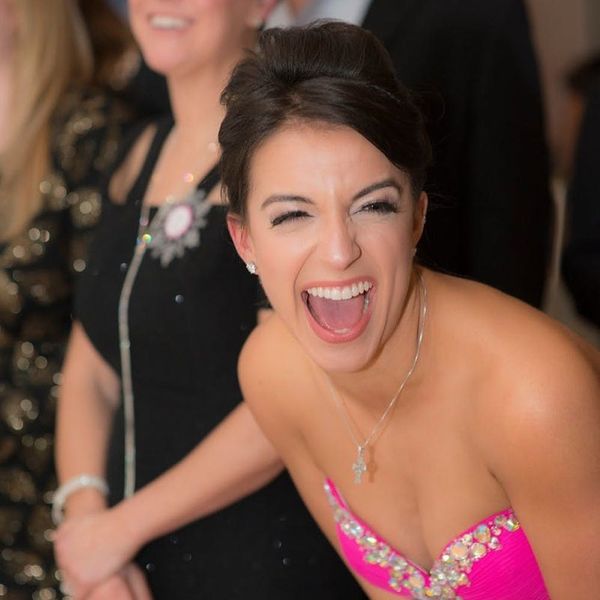 For many years, Victoria Arlen wasn’t crazy about being called an inspiration.

“I didn’t like being married to my story,” Arlen tells us. “It was so painful for me, and it was so tough to go through. I wanted to live.” While the 23-year-old might not be too fond of the “inspiration” label, it’s hard to deny that the last 12 years of her life are a model for what determination and grit look like.

When Arlen was 11, her childhood changed course as her health began to deteriorate. Athletic and rarely seen sitting still, she began to experience nearly constant symptoms and illnesses — flu, fainting spells, asthma — and no one could pinpoint the cause. Arlen had a knack for bouncing back from these problems… until April 29, 2006, when — three months after an appendix surgery that doctors hoped would heal her — she slipped into a vegetative state. Four years later, the then-teenager’s blinking eyes were a hint to family and doctors that Arlen might be able to recover. From there, she underwent extensive therapy to help her regain the speech, muscular, and cognitive skills that she’d lost while being “locked in” her body.

“Talking was the hardest thing, but the most exciting thing to get back,” Arlen reflects. “I really wanted to tell my family that I loved them, so badly, and to say thank you.” Arlen remastered speech, and she hasn’t missed an opportunity since to use her voice to share what she learned from this unusual experience. Rather than harping on the ins and outs of her brush with death — she was ultimately diagnosed with a rare combination of the autoimmune disorders transverse myelitis and acute disseminated encephalomyelitis, which meant her chances for survival were extremely low — she wants to talk about how she moved forward. This focus on the future was the inspiration for her forthcoming book Locked In, coming out on August 28, 2018.

For Arlen, moving forward was about more than just learning to walk and talk again. Her brothers pushed her (literally) to get back into swimming despite her newfound fear of the water — in the years after her recovery, she earned four medals in swimming at the 2012 Paralympic Games in London. Arlen was also one of the youngest on-air talents ever to be hired by ESPN, and she made it to the semifinals of the 25th season of Dancing with the Stars.

“I’m not one that just sits and does nothing,” she says. “When you sit still for four years or when you have no control for four years, all you want is to get back that control. That’s kind of what I did. It just drove me to do the impossible, ultimately.”

Arlen’s 2017 turn on DWTS was both the realization of a childhood dream and a uniquely public platform on which to share her journey. She credits her dance partner Val Chmerkovskiy with giving her the confidence she needed to walk forward without looking at her feet and to use her story to inspire others (even though she still doesn’t like that word).

“Val really helped me find a purpose for the pain that I went through, which I’d been searching for,” she says of her experience on DWTS. “It was almost like I had been climbing the mountain, and I’d started to see the view from the top, and that was like the victory dance. Val was that final person who pulled me up to the top and reminded me to look up.”

Since finishing the dance competition, Arlen has continued touring as a motivational speaker, spreading her messages of faith and strength. She was recently named a hero in Jockey’s “Show ‘Em What’s Underneath, Show ‘Em Your Jockey” campaign, which she says has given her the opportunity to dig deeper and share even more of herself with the many cheerleaders who now feel connected to her. “Everyone sees the story, they see the medals, they see DWTS, they see ESPN — but when you break it down, I’m about faith, I’m about hope, I’m about love,” Arlen says of the campaign. “This has given me the chance to show people what I stand for and who I stand for.”

Beyond what she’s sharing as part of the Jockey campaign, Arlen wants people to know that the key to beating adversity is a no-fail, keep-the-faith mindset. “With every tragedy, there is a tremendous triumph waiting,” she encourages. “You just have to hold out for that and keep believing. There’s no such thing as a lost cause. I’m the definition of one, and there’s no such thing. Everyone deserves a chance.”

What motivates you most about Victoria Arlen’s story? Tweet us @BritandCo!