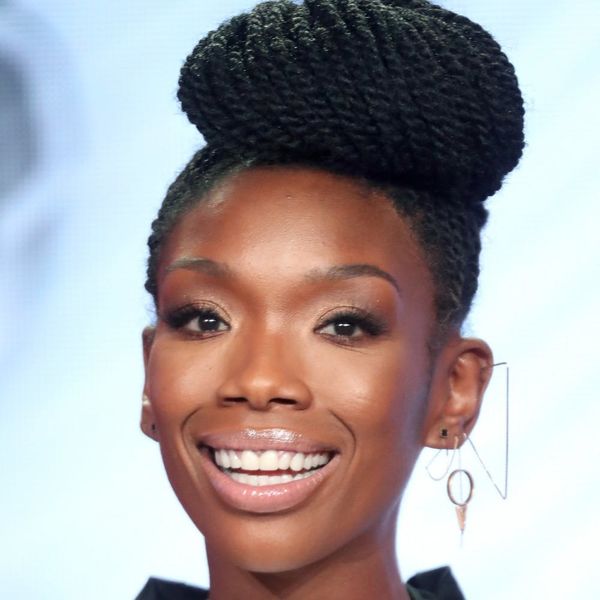 In case you were wondering, there IS such a thing as doing too much. Brandy Norwood, who will forever live in our hearts as Moesha, was a prime example of that hours earlier in LA, when the singer’s plane was grounded after she fainted just prior to take off.

Firefighters and paramedics responded to the scene when the the 38-year-old reportedly lost consciousness, transporting her to a local hospital where she stayed for several hours.

Oh hey, Brandy is on my flight. And pretty sure we just returned to the gate bc she might need medical assistance? Pray for Brandy y'all

Luckily, the “Beggin & Pleadin” artist’s team has released an update saying that she’s now back at home recovering and explaining exactly what the heck just happened.

Apparently, our girl has had quite the jam-packed schedule as of late, including extensive travel (we’re talking 10 flights in the last few days) and multiple appearances, all of which left her flat- out exhausted — to the point of actually losing consciousness — yikes! It surely didn’t help that she was also up all night working in the studio with a 5:45 am plane to catch en route to her next public gig.

Brandy certainly wouldn’t be the first celeb to fall ill due to sleep-deprivation: Lindsay Lohan famously landed herself in the hospital at 18 after what she called “working herself to death,” and Kanye West had a similar stint this past November.

While we’re happy to hear all are doing alright, it’s definitely a great reminder to slow down and really take some time for you, regardless of how busy you may be. After all, there’s nothing more important than our health, and adrenal fatigue, which can result from lack of sleep, is no joke!

Brandy, for her part, will be “relaxing for the next few days,” and we couldn’t be happier to hear it.

Have you ever been sick with exhaustion? How did you recover? Share @BritandCo.

Nicole Briese
Nicole is the weekend editor for Brit + Co who loves bringing you all the latest buzz. When she's not busy typing away into the wee hours, you can usually find her canoodling with her fur babies, rooting around in a bookstore, or rocking out at a concert of some sort (Guns N' Roses forever!). Check out all her latest musings and past work at nicolebjean.com.
Music
Celebrity News
Music Womens Health
More From Celebrity News