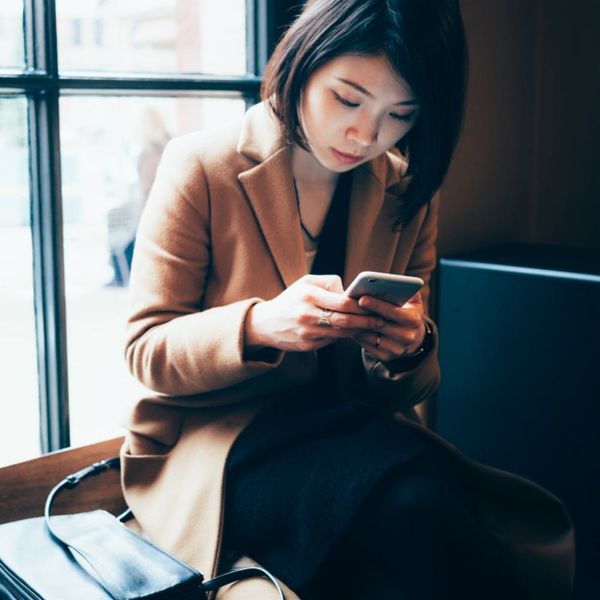 With the rise of the smartphone, we’ve created apps for basically everything to make our lives easier. For women’s health, we often see period tracker apps, or ovulation apps, to help us get pregnant, but what about apps that do the opposite? With many women moving away from hormonal birth control due to depression (and other health concerns), and others still either loving or loathing an IUD, there weren’t really many other woman-controlled options, until now.

A Swedish nuclear physicist has created the first ever birth control app that uses nothing but math and science to ensure that you don’t get pregnant. Sounds too good to be true, right? Well, it’s been approved for use, and now we’re wondering exactly how it’ll work.

Scientist Elina Berglund created the app, Natural Cycles, that uses your daily bodily temperature and a series of detailed mathematical equations to tell you when it’s safe to have sex to avoid pregnancy. While this seems very similar to an ovulation tracker to increase your odds of getting pregnant, the scientist says that her app and its unique algorithm is different.

While Berglund has faced a lot of negative push throughout Europe, the German inspection and certification organization Tüv Süd (their version of the FDA) has approved it as safe for use. Using a number of clinical trials, Natural Cycles has proven to be as effective as traditional hormonal birth control pills. Whoa!

Natural Cycles is not available for those of us stateside, but the company has grown to 150,000 users, and is debuting in the UK this month.

Would you use an app instead of traditional birth control methods? Tell us @BritandCo!

Kat Armstrong
Kat has been a writer, social media maven and mom for longer than she's willing to admit. She's also spent time in front of and behind the camera, interviewing celebs, politicians and acting as a producer for fashion and artistic photography shoots. When she isn't writing for various orgs and publications, she's hanging with her kids, husband and French Bulldog, Peter, in Toronto, Canada.
Womens Health
Tech
Womens Health
More From Tech