Everyone’s Racing to Get an IUD — Should You? 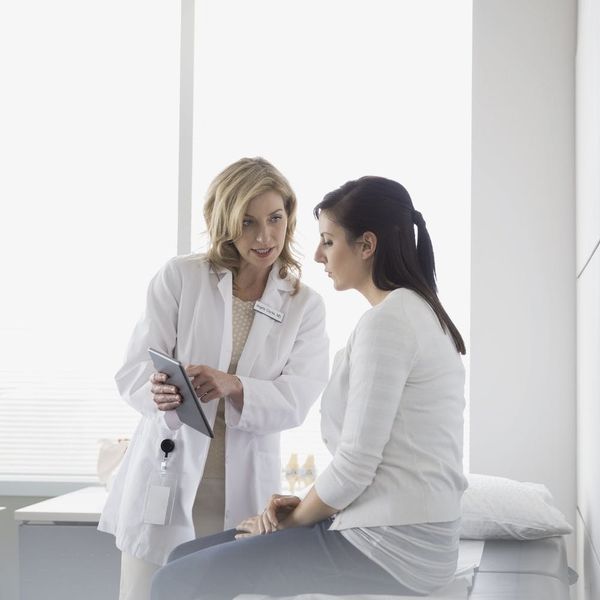 We all have that one friend who’s in LOVE with her IUD. She practically shouts its praises from the rooftops every time you see her — even after you remind her that you didn’t ask her to brunch to talk about those kinds of eggs. But you may have noticed a lot more of the women in your life are preaching about the IUD lately, and it’s not just because they’ve all collectively decided that they’re sick of remembering to take the pill. The real reason: a Trump-Pence White House.

Not sure why everyone’s so worried? Well, Trump’s made no secret about his desire to repeal and replace the Affordable Care Act (ACA), which includes affordable access to birth control. And while he flipped back and forth repeatedly on his pro-choice stance during his campaign, he’s now firmly settled into the pro-life party line, telling 60 Minutes that he’d appoint anti-choice Supreme Court justices. VP-elect Mike Pence is arguably even worse than Trump. As Governor of Indiana, he has a long track record of threatening reproductive freedoms, including trying to shut down a Planned Parenthood clinic (despite all of “his” recent donations) and signing a bill that would severely restricts women’s access to abortion and require prohibitively expensive burials or cremations to dispose of fetal remains.

TL;DR: Every woman you know is racing to get an IUD while they’re still covered. But should you?

You probably already know the “set it and forget it” advantage to having an IUD, but deciding what kind to get is where it can be confusing. There are a few different options, but they all break down into one of two categories: copper or hormonal. Paragard, the most common copper option, can be inserted for up to 12 years and might be a good option if you’ve experienced the unpleasant side effects that can sometimes occur with hormonal birth controls, like migraines, weight gain, acne, blood clots or even depression. It works by releasing copper ions into the uterus, which are basically sperm-killing superheroes. The most common hormonal IUD is the Mirena, which can last for up to six years, and uses progestin to prevent pregnancy, which is similar to the progesterone hormone naturally produced by your body.

Your doctor or local Planned Parenthood can help you decide whether or not an IUD is right for you, and if so, which kind you should choose. But our main question is: If we do decide we want an IUD, do we really need to do it RIGHT NOW? Exactly how bad is the political outlook?

“I think women should be very worried, honestly,” says Sarah Christopherson, Policy Advocacy Director for the National Women’s Health Network. While she doesn’t expect a lot of change to happen immediately, she notes that Trump needs Congress to repeal the ACA itself but not to repeal the contraceptive coverage benefit under the ACA. The ACA instructs the US Dept of Health and Human Services (HHS) to create a list of preventive health services that must be covered without co-pays and deductibles. A Trump-run HHS could drop the birth control benefit from that list without Congress taking any action, explains Sarah.

And every new Supreme Court case related to reproductive freedom and contraception coverage has the potential to set back decades of progress. “It’s not going to be on Inauguration Day, but I think women should start planning ahead,” she advises. “That way they’ll have some time to talk to a provider about their goals and any potential loss of insurance, and have time to try a method out.”

If you don’t like the IUD, you can always get it removed — but removal is costly without insurance, so yes, Christopherson says it is better that you look into it sooner than later.

Are the election results making you consider getting an IUD? Let us know by tweeting @BritandCo!