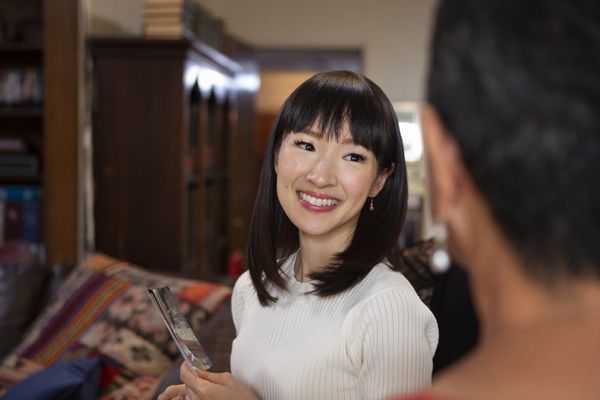 Marie Kondo has been a pop-culture phenomenon since her book, The Life-Changing Magic of Tidying Up: The Japanese Art of Decluttering and Organizing, became a New York Times bestseller in 2014, after originally debuting in 2011 to little fanfare. With the recent release of the Netflix reality series based on the book’s organizational philosophies, a new influx of Konverts has emerged — as has renewed backlash from people who don’t think her methods are inclusive enough, or who seek a deeper solution to our underlying problems with materialism and consumption and wonder if a little “tidying up” can truly change a person’s life.

Kondo’s organizational plan, known as the KonMari method, is outlined in both her book and Netflix’s Tidying Up With Marie Kondo. The first step consists of dividing all of your material belongings into five categories: clothing, books, papers, miscellaneous items (also known as Komono), and sentimental item (such as photos). Then, in that order and one by one, you pick up each item and decide whether or not it “sparks joy” for you. If it does, you keep it and find a place for the item. If it doesn’t, you thank it for its role in your life and respectfully discard it.

The phrase “spark joy” has garnered its fair share of eye-rolling in North America, as have the practice of thanking items and Kondo’s preference for sitting in a sort of meditative moment to introduce herself to a home before she begins organizing. In her show, Kondo attempts to ground these practices that some see as intangible and strange: When she asks if an item sparks joy, she is also asking if an item — which might be a boring but useful necessity, or for which you might feel some attachment, explicable or not — is something the person wants to carry forward with them in their life.

Some of the backlash to the rejuvenated KonMari craze insists that the tidying method is geared only toward the financially secure. For those with income insecurity, a lack of “joy” might not be reason enough to give away an item you know you could not easily afford to replace should you need or want to. For others, complicated relationships with money and possessions are generationally ingrained: In one episode of the show, the son of Guatemalan immigrants realizes he held on to so many belongings because they were a symbol of his American success. To get rid of them would be to insult everything his parents worked for — everything they could never have.

Other legitimate sensitivities have also been addressed: For instance, a decluttering session won’t so easily transform the lives of people living with mental health conditions that can lead to issues like hoarding. There are less serious (and almost willfully misguided) criticisms, too: Literature lovers have called out Kondo for treating books like any other material belongings and suggesting that if they don’t spark joy, they shouldn’t be taking up space in your home. And of course, as many have pointed out, while it might feel good to do a little cleaning around the house, the stuff you’re getting rid of is very likely still going to a landfill.

For all of the concerns about praising minimalism as a superior aesthetic or lifestyle, it’s worth pointing out that Kondo, who has been obsessed with organization since she was a child, doesn’t use the word minimalism and doesn’t specifically teach it as a practice, either. Instead, her processes are partially influenced by her native Japanese culture, which, as she told the Associated Press, have more to do with allowing the space and its belongings to have purpose.

“The inside of a house or apartment after decluttering has much in common with a Shinto shrine … a place where there are no unnecessary things, and our thoughts become clear,” she said. “It is the place where we appreciate all the things that support us. It is where we review and rethink about ourselves.”

In the final episode of Netflix’s Tidying Up With Marie Kondo, she reiterates this in another way: “The point of this process isn’t to force yourself to eliminate things. It’s really to confirm how you feel about each and every item that you possess.”

Throughout each episode of the show, which features clutter to varying degrees and for various reasons, Kondo is empathetic to the often-difficult process of parting with things. She passes no judgment and does not shame people who like stuff if it truly brings them joy. She simply tries to help them have a better and more intentional relationship with their belongings, and their homes, as they exist. She does not suggest deep cleans, or any sort of upgrades or home improvements — unlike the very popular and less-maligned major renovation shows that are built on the premise that as-is isn’t good enough, and which encourage people to make it newer and cleaner, or build it bigger and better.

The obsession with KonMari-ing our lives makes it seem like we want less stuff to begin with, but our relationship with consumerism and material goods is difficult to understand and confront. Big-box store devotees can’t seem to explain why they buy 700 rolls of toilet paper one week, only to go back for more the next, each time spending several hundred dollars at a place that is supposed to save them money. And the common practice of window-shopping makes the temptation to buy new things an ever-present pitfall given the sheer amount of products put in front of us all day, every day.

In episode six of Tidying Up With Marie Kondo, a young child can be heard asking his father if they can go to Toys-R-Us. The man, in the midst of a KonMari decluttering lesson with his wife, replies that they are trying to “get rid of things, not buy more stuff, and be happy with what we already have.”

People have indeed been getting rid of stuff since Kondo’s show premiered, as evidenced by reports of thrift stores seeing major increases in donations during the typically slow January. But the sad and dangerous reality is that there’s nothing that can be done with the mountains of goods already purchased and disposed of. The real hope of KonMari is that, going forward, we stop buying so much to begin with, and when we do, we do so with much more meaningful, mindful intention.