Here’s Tinder’s Plan to Get You More Matches 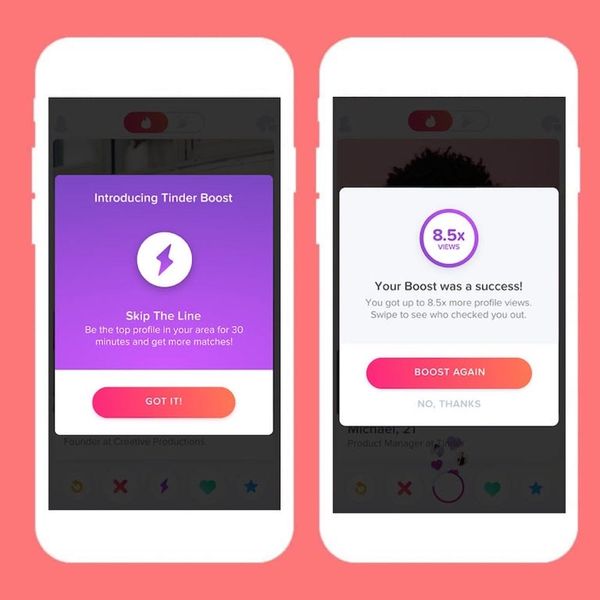 If love is a card game, Tinder (the app that’s SERIOUSLY being made into a movie) is now putting certain users at the top of the deck. The app just introduced a new paid feature for UK and Australian users that allows users to pay and have their profile “boosted” to the top of their area. We’re not all that surprised, as dating apps have really been making moves toward monetizing their services — OkCupid has a similar boost option, and Bumble introduced a bevy of paid features earlier this year.

Tinder Boost, as it’s being called, allows users to pay a small fee to become one of the top profiles in their area for 30 minutes. Tinder is saying that the boost will increase your chances for matches because you’ll be visible by up to 10 times as many people.

While it’s just being tested in the UK and Australia, it should be coming our way pretty soon, according to Tinder’s blog post on the feature.

Got any insane Tinder stories? Let us know @BritandCo!

Cailey Rizzo
Cailey is a junkie for all things pop culture. She studied journalism and English literature at SUNY Purchase, then continued studying French cinema and literature at Paris IV Sorbonne. She currently lives in New York where she can often be found singing '70s music at karaoke bars.
Apps
Tech
Apps Dating love
More From Tech