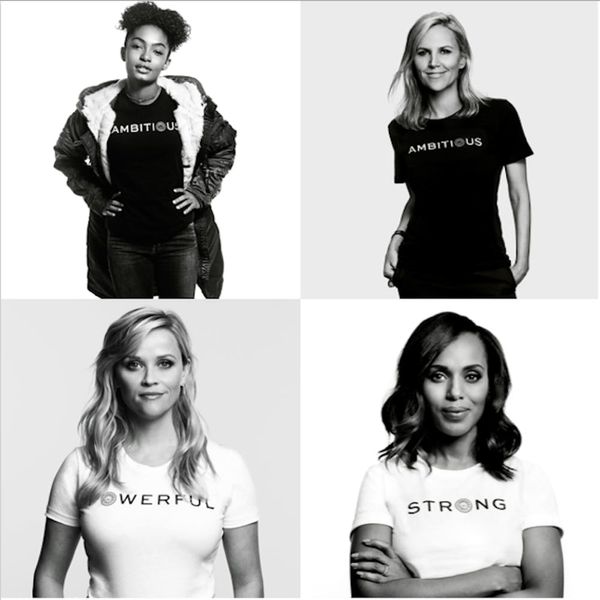 Happy International Women’s Day! Time to celebrate the queen that you are and the tribe of amazing women who support you. And counted among those ladies who have your back? None other than boss babe Tory Burch.

Today the Tory Burch Foundation is rolling out a campaign in honor of Women’s History Month that encourages us to embrace ambition. Inspired by her own personal experience as a woman in business, Burch wants to smash the double standard that ambitious men are considered successful but ambitious women are considered bossy, bitchy, and the like. In other words, go for yours. And don’t feel bad about it, girl.

Burch herself notes, “In my first interview with The New York Times in 2004, when the reporter mentioned the word ‘ambitious,’ I commented that the word annoyed me. A friend of mine said, ‘You should never shy away from that word.’ She was right. I realized that I had bought into the stigma that women shouldn’t be ambitious — that it was unattractive somehow. That creates a harmful double standard that we must overcome for women to achieve equality.”

To help spread the message, Burch enlisted some of her A-list friends, including Reese Witherspoon, Kerry Washington, Yara Shahidi, and Diane Kruger, to talk about what ambition means to them on ToryBurchFoundation.org. They’re also encouraging visitors to take the digital pledge to embrace ambition, challenge friends to take the pledge and share their own ambitions on social media. Check it out, then take go and own it, sister. After all, the future is female, right?