Trendy Celebrity Baby Names That Are on the Rise 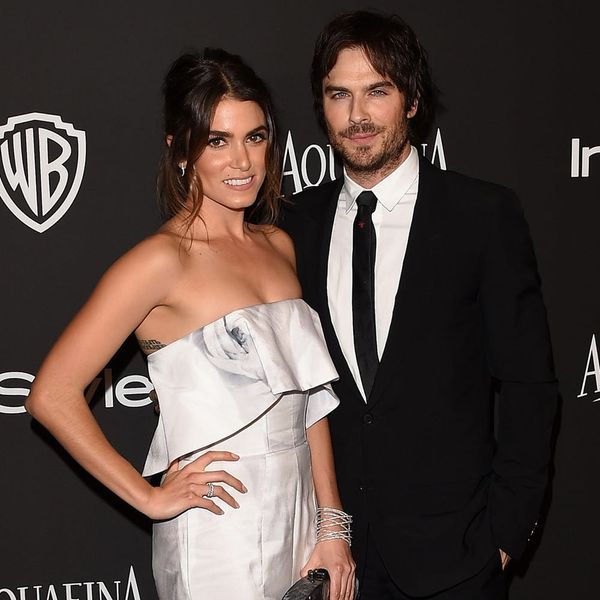 We all love raising our eyebrows at “crazy” celebrity baby names, but for every one-of-a-kind star-baby name (looking at you, Rumi and Sir), there are dozens of mainstream ones that sit quietly in the background (hello, Ella and Alexander).

Lately, several celebrities have picked girls’ names that are somewhere between crazy and boring — in fact, they’re right on trend. It makes total sense that people in the showbiz and music worlds, who have their finger on the pulse of what’s hot in pop culture, would choose stylish names.

These girls’ names are different in style and popularity, but they’re all on the rise. Use one now, and you’ll fit in with the trends or even be ahead of them.

Ev-names: Everyone loves Ev- names right now, and reality TV stars Kacie and Rusty Gaston are the latest celebs to use one: Their new daughter is named Everly Sue. Everly is now the third most popular Ev- name for girls in the US, after Evelyn and Eva. Channing and Jenna Dewan Tatum’s daughter is also named Everly. At #107, it’s a strong contender to enter the Top 100 in 2017. If you’re looking for a less popular alternative, there are plenty more obscure Ev- names out there.

Emerson: Emerson is another name that could make the Top 100 for girls in the next few years, with its winning combination of the sounds of long-term favorites Emma and Madison. Actress Patina Miller and her husband David Mars welcomed their daughter Emerson Harper last week. The couple named her in part for the great thinker Ralph Waldo Emerson — but given the middle name they chose, they clearly have a taste for popular names. Emerson is fairly gender-balanced, ranking #161 for girls and #296 for boys.

“Ray” Names: Names with a “ray” sound are big for girls. The most popular one last year was Reagan at #97, followed by Raelynn at #158 (and Raelyn with one “n” not far behind at #315). Reality TV personality Megan Nelson, who appeared in Teen Mom, welcomed her daughter Raelynn Elaine in July. Other “ray” names on the rise include Reign, Raya, and Star Wars-inspired Rey.

Getting the hang of it I think

Ada: Like the sound of Adeline and Ava, but looking for something less popular? Step in, Ada. Ada ranked #345 in the US in 2016, but it’s #57 and one of the fastest climbers on Nameberry’s list of most popular baby names, so it’s on a lot of parents’ minds at the moment. In the UK, it’s in the Top 200. Country singer Thomas Rhett and his wife Lauren Akins have just named their daughter Ada James. It’s a lovely match for big sister Willa Gray, and they’re the latest in a long line of celebrities (and ordinary folks) to use James as a middle name for a girl.

Sage: Sage entered the Top 1000 for girls in 1993, and although its rise hasn’t been steady, it still seems to be on an upward path. It’s currently #354 for girls (and #546 for boys). It’s got a lot going for it. In sound, it’s an updated version of Paige. It’s a nature name, and of course, it’s a word meaning “wise” or “wise person.” That was the meaning that led actress Toni Collette to name her daughter Sage in 2008.

Alba: Alba came onto parents’ radar thanks to The Time Traveler’s Wife and actress Jessica Alba. It’s more popular now than it was 10 years ago, but it was still only given to 122 babies in 2016. It’s in the Top 500 on the Nameberry chart, so we might see more of it in future. U2 band member Adam Clayton has a new daughter named Alba, which might give this name a further boost.

Clover: Actor Scott Porter and his wife Kelsey Mayfield have chosen two rare but rising nature names for their new daughter, Clover Ash. Sweet Clover was barely used before the year 2000, and it’s still one of the less common flower names for girls. Ash is on the rise for boys, but it was only given to nine girls last year. If you like tree names for babies, there are lots of underused ones out there, including Elm, Oak, and Birch.

Hi Little One I know you, but only because I feel you. How is it possible to love someone so much already? All I know for sure is it's the strongest feeling I've ever felt. We've been sharing this body for quite some time, and we've already experienced so much together. We can't wait to meet you... Love Your parents

Bodhi: Bodhi is climbing fast as a boys’ name — it entered the top 1000 in 2010, and ranked #363 in 2016. For girls, this spiritual name is still rare, but there are early signs it could catch on with more parents. It more than doubled in use last year, but admittedly that was only from 16 girls in 2015 to 37 girls in 2016. Actors Nikki Reed and Ian Somerhalder just named their daughter Bodhi Soleil, meaning Nameberry’s Sophie Kihm was pretty close to the mark when she predicted the couple would choose a nature name.

Let us know your favorite trendy baby names (celeb or not) at @BritandCo!